Cabinet gives the green light to the civil partnership bill 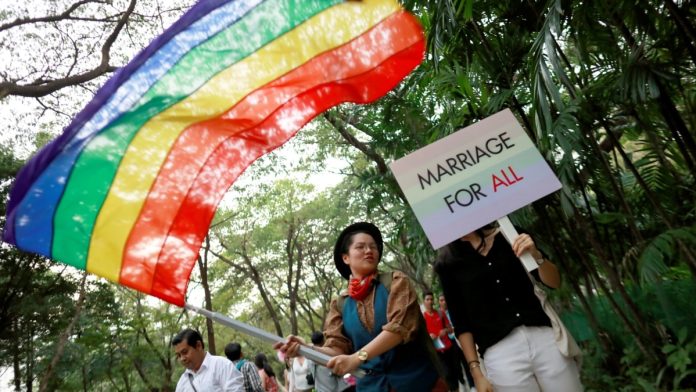 The Civil Partnership Bill, which seeks to allow same-sex couples to register their partnership and provide them marital privileges, was approved by the Cabinet at its meeting on June 7, 2022. It also passed a bill amending the Civil and Commercial Code to address same-sex marriage difficulties.

A civil partnership is a legally recognized relationship between two people of the same gender. The Civil Partnership Bill was introduced by the Ministry of Justice and evaluated by the Office of the Council of State, according to Deputy Government Spokesperson Rachada Dhnadirek.

While representatives of Buddhist, Christian, and Islamic groups have no objections to the law because they accept Thailand as a multicultural nation, the Ministry of Justice has listened to LGBT groups’ opinions on their demand.

Aside from legalizing same-sex marriages, the bill will also allow same-sex couples to adopt children, secure inheritance, make choices on behalf of their partners on various subjects, such as medical treatment, and organize their partners’ funerals.

Both parties must provide their assent in order to form a civil partnership. The minimum age for civil partnerships is 17, and minors must have their guardians’ permission. Either party can file for divorce.

The bill will next be presented to the House of Representatives for consideration. Other legislation connected to same-sex marriage will be updated as a result of this measure.