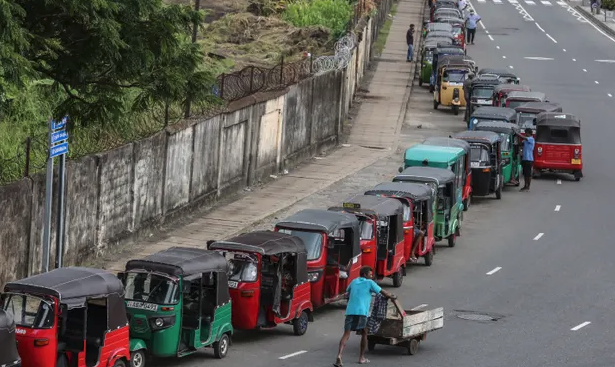 The Prime Minister has stated that if Sri Lanka is to be able to sustain its people’s standard of living in the future, it will need $5 billion over the next six months. In addition, a $1.5 billion yuan swap with China will be renegotiated to finance all essential imports.

The country’s worst economic crisis in seven decades has resulted in a currency shortage, stopping imports of essential goods such as fuel, medicine, and fertilizer, prompting devaluation, street protests, and a change of government.
Sri Lanka will require approximately $3.3 billion in fuel imports this year, $900 million in food, $250 million in cooking gas, and another $600 million in fertilizer to overcome the crisis, Prime Minister Ranil Wickremesinghe told parliament.
According to the central bank, the economy will contract by 3.5 percent in 2022, but Wickremesinghe is optimistic that growth will resume with a strong reform package, debt restructuring, and international support.

“It is not enough to establish economic stability; we need to restructure the entire economy,” Wickremesinghe said, as he worked on an interim budget to balance the country’s battered finances. By the end of 2023, we must achieve economic stability.”

The 22-million-person Indian Ocean nation is negotiating a $3 billion loan package from the International Monetary Fund, in addition to aid from China, India, and Japan.
On Tuesday, the cabinet approved a $55 million line of credit with India’s Exim Bank to finance the import of 150,000 tons of urea, a critical need given the current agricultural season’s depletion of supplies.
“Farmers do not need to be worried about not getting inputs for the following season,” cabinet spokesman Bandula Gunawardena told reporters, estimating that 150,000 tons of urea would be required for the next crop cycle. While food inflation of 57 percent is due in part to rising global commodity prices, currency depreciation, and low domestic production, yields for the next harvest are expected to be cut in half due to a lack of fertilizer. The UN will launch a global public appeal for Sri Lanka on Wednesday, with a pledge of $48 million for food, agriculture, and health, according to Wickremesinghe.
Sri Lanka has also renegotiated the terms of a $1.5 billion yuan-denominated currency swap with China, which was agreed upon last year.
The swap could only be used if Sri Lanka kept reserves equivalent to three months of imports, according to the original terms.
However, with reserves now well below that level, Wickremesinghe believes Sri Lanka should ask China to reconsider that necessity and allow the swap.
Wickremesinghe, who is also the finance minister, will present an interim budget next month, claiming that it will reduce government spending while increasing annual welfare spending from $350 million to $500 million.