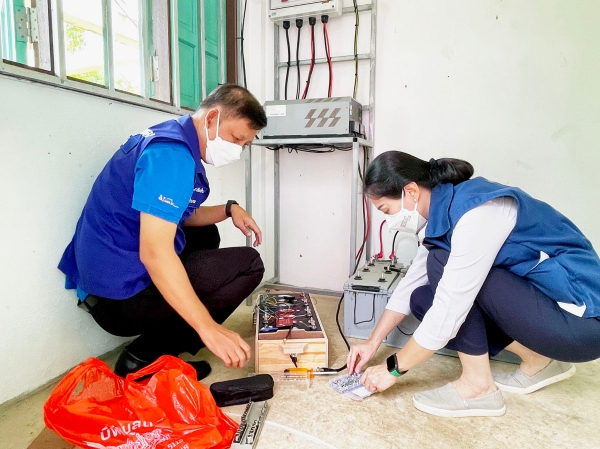 Upon reaching the school, the Prime Minister was welcomed by the students and teachers. They noted that there are 12 villages in the Bueng Nakhon Subdistrict that have over 2,000 households. However, there is currently no electricity in these areas. In order to provide electricity to these areas, the Electricity Authority of Thailand has requested the government to provide 40 million baht for the expansion of the pole line. Unfortunately, the military prevented the authorities from planting and maintaining cables in these areas.

According to the government, the area was used for training and security reasons. However, over 30 years later, the area still has no electricity. This is a major issue for the school as it affects the way the students and teachers learn. Besides schools, the other sub-districts also have sanitation facilities and houses. In addition to this, the lack of electricity also affects the way the villagers live.

In addition to these, the lack of electricity also affects the way the students and teachers live. It can also prevent them from collecting information about the medicines used by their patients. To solve this issue, the local government has started using solar cells. However, the quality of these cells can’t be damaged.

Each house in the villages must supply electricity for their own use. During the inspection of the school’s solar system, the Sheriff of Hua Hin discovered that the battery that was used for the system was not working properly. To ensure that the system would continue to operate properly, the Sheriff ordered the replacement of the battery.

The goal of this project is to make the students feel that they have access to electricity so they can study continuously. The Ban Huai Krai School is an open-access school that allows children to live in the wilderness. At present, there are 300 students enrolled at the school.