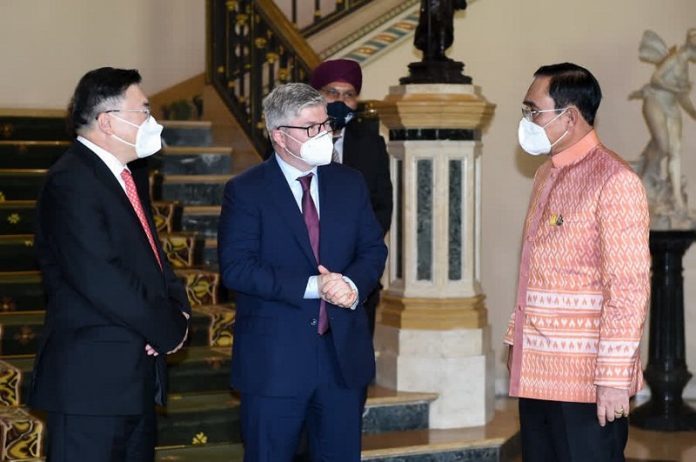 The Prime Minister reiterated the importance of civil aviation, stressing that the nation is constantly working to expand its capacity and ensure sustainable growth in accordance with the ICAO standards.

General Prayut also said Thailand is determined to become the center of aviation activity in the region.

Secretary-General Salazar, meanwhile, said the ICAO recognizes Bangkok as one of the world’s important destinations with its high value in trading and tourism prior to the pandemic.

Both the Thai Prime Minister and the ICAO secretary-general agreed that greater cooperation would be needed to revitalize the sector.

The two also discussed cooperation in terms of human resource development and increasing Thailand’s role in drafting the Standards and Recommended Practices, as well as possibly taking part in the ICAO Air Navigation Commission in the near future.