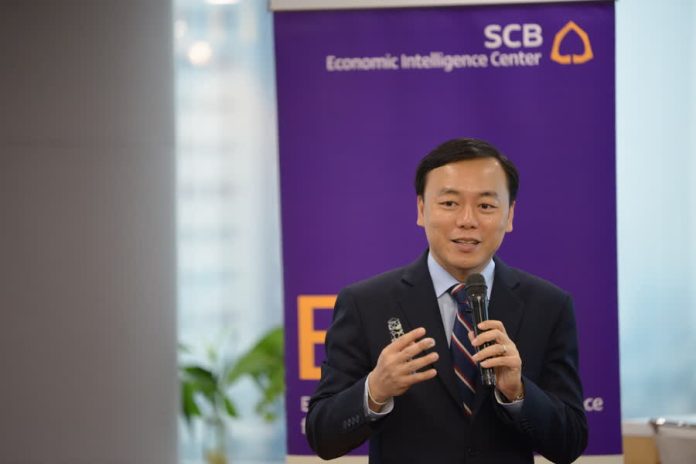 The Siam Commercial Bank’s Economic Intelligence Center (EIC) believes that Thailand is currently in a stagflation phase due to an unstable economic recovery and rising prices.

According to Yunyong Thaicharoen, SCB’s chief wholesale banking officer and EIC economist, the EIC has revised the nation’s economic growth forecast from 3.2 to 2.7 percent due to the Russia-Ukraine conflict, which resulted in a spike in fuel and commodity prices. The country’s annual average headline inflation rate is also expected to jump to a 14-year high of 4.9 percent from a previous estimation of 1.6 percent.

A higher inflation rate means that the country’s domestic spending will recover slower than expected. This in turn affects private consumption, causing companies to readjust product prices. The EIC believes that, due to the slow economic recovery and a number of external risk factors, Thailand’s recovery to pre-pandemic levels will be delayed until the third quarter of next year.

The EIC expects the central bank’s Monetary Policy Committee to maintain its policy rate at 0.5% throughout 2022 as it focuses on measures to support economic growth. Meanwhile, the baht is expected to fall to around 33.5-34 against the US dollar in the short term, before recovering slightly to 32.5-33.5 in late 2022 due to the promising recovery of the tourism industry.

Share
Facebook
Twitter
Previous article
14th Sports and Recreation Competition for the Elderly, “Thung Fa Games” to be organized in Krabi in May 2022
Next article
BOT Says Economy Still Recovering Despite Rising Inflation