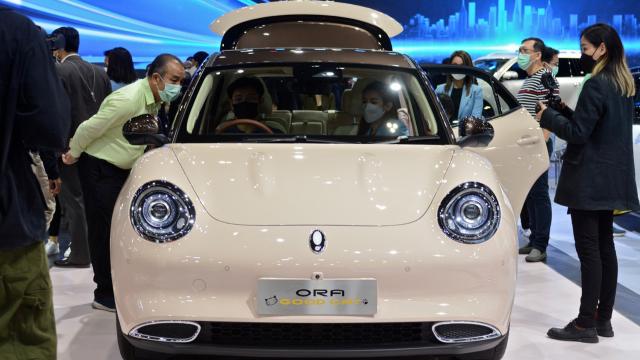 Chinese carmaker Great Wall Motor has signed an agreement with the Thai government to cut the retail price of its electric vehicles.A move aimed at increasing domestic EV sales and production.

According to Michael Chong, General Manager of Great Wall Motor Thailand, the agreement, which includes a government subsidy and a reduction in value-added tax, could save customers up to 160,000 baht (US$4,779) per unit.

The agreement will apply to vehicles normally priced at 1 million baht, and represent a savings of around 13-15%.

The signing comes as Thailand works to promote electric vehicle use and maintain its status as a major regional automaker. By 2030, the government intends to produce 725,000 electric vehicles per year or 30% of total production.

Chong said other factors such as rising energy prices are also driving EV demand, which continues to grow significantly in many countries.

“Oil prices continue to rise, so people who buy ICE (internal combustible engine) will find it more expensive,” said Chong. He also added that EVs will help to make the air cleaner. This is something Bangkok, the capital of Thailand, has been fighting for.

However, analysts said the transition will take time, as Thailand registered fewer than 4,000 fully electric vehicles last year and conventional engines’ manufacturing investments are still being made. Among them is Ford Motor Co, which recently invested $900 million in Thailand to upgrade factories that produce its Ranger pickup truck and Everest SUV.

Andrea Cavallaro, Ford Operations Director, International Market Group, said internal combustion engine vehicles will continue to exist for some time, citing the fact that EV technology and infrastructure have yet to be adopted in Southeast Asia and other major economies worldwide.

In 2020, GWM boosted the increase in sales volume against the market, selling 1,111,598 vehicles for the year, completing 109% of the goal, and once again becoming the national SUV and pickup sales champion.
With ten years of experience in electronic vehicle development, GWM has constructed battery core, mechanism analysis, PACK and BMS trial-manufacture laboratories, as well as battery trial-manufacture workshops, test centres and analysis centres.