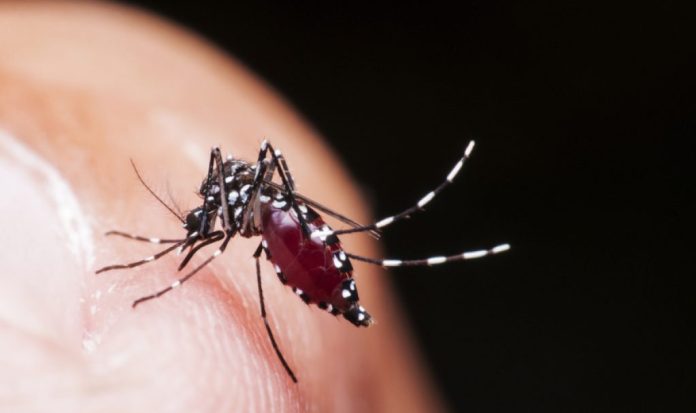 The Department of Disease Control (DDC) is warning that this year’s seasonal dengue outbreak could be more severe than usual, following three
early deaths in 2022 – already half the total for all of 2021.

Dr Opas Karnkawinpong, director-general of the DDC, said that as summer approaches, cases of dengue fever, as well as other diseases such asdiarrhea and heatstroke, increase dramatically.

Dengue is a viral infection caused by four types of viruses (DENV-1, DENV-2, DENV-3, DENV-4) belonging to the Flaviviridae family.
The viruses are transmitted through the bite of infected Aedes aegypti and Aedes albopictus female mosquitoes that feed both indoors and outdoors during the daytime (from dawn to dusk). These mosquitoes thrive in areas with standing water, including puddles, water tanks,containers and old tires. Lack of reliable sanitation and regular garbage collection also contribute to the spread of the mosquitoes.

According to Dr Opas, only six people died from dengue last year, but three dengue fatalities have already been reported in the first three months of 2022. All three deaths involved patients who were either recovering from or actively being treated for COVID-19.

The DDC director-general said those who develop a high fever and other flu-like symptoms caused by the mosquito-borne disease are advised to avoid non-steroidal anti-inflammatory drugs (NSAIDs) in favor of paracetamol, as the medicine has been identified as a factor in the severity of the illness.

Health officials also urged the public to eliminate mosquito breeding grounds, such as containers with standing water. This serves to reduce the number of mosquitos in their living areas and therefore lower the risk of diseases transmitted through mosquito bites.
In some cases, Dengue infection is asymptomatic – persons do not exhibit symptoms. Those with symptoms get ill between 4 to 7 days after the bite.
The infection is characterized by flu-like symptoms which include a sudden high fever coming in separate waves, pain behind the eyes, muscle, joint, and bone pain, severe headache, and a skin rash with red spots. Treatment includes supportive care of symptoms. There is no antiviral treatment available.

The illness may progress to Dengue Hemorrhagic Fever (DHF). Symptoms include severe abdominal pain, vomiting, diarrhea, convulsions, bruising, and uncontrolled bleeding. High fever can last from 2 to 7 days. Complications can lead to circulatory system failure and shock, and can be fatal (also known as Dengue Shock Syndrome).

If you are infected with the same Dengue virus serotype you become immune to future infections. However, if you are infected subsequently with a different serotype, immunity wanes over time which increases the risk of developing Dengue Hemorrhagic Fever.