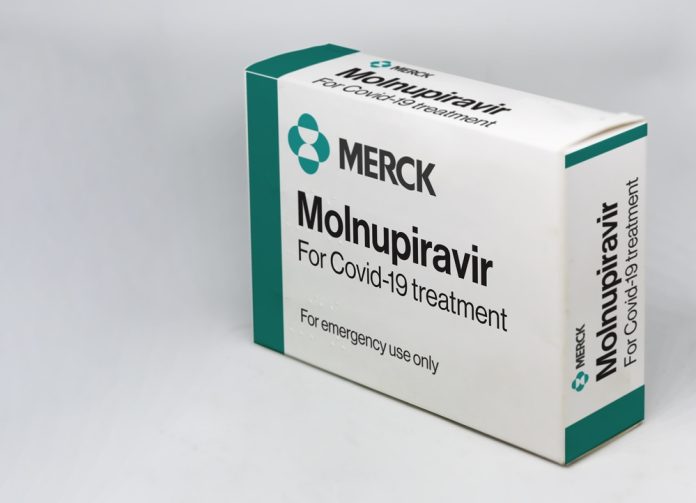 The first batch of Molnupiravir antiviral capsules for treating COVID-19 has arrived in Thailand and will be distributed by the Department of Medical Services (DMS) to hospitals starting this week.

The DMS received 2 million Molnupiravir pills manufactured by Merck & Co, purchased under an agreement between the DMS and Merck’s subsidiary, MSD Thailand.

Over the past year, discussions about ending the COVID-19 pandemic have largely focused on vaccines’ availability, effectiveness, and safety. But in December 2021, the Food and Drug Administration (FDA) issued emergency use authorizations (EUAs) for two pills that patients can take at home in the days after COVID-19 symptoms arise to prevent severe disease and avoid going to the hospital.

Merck applied for authorization first, in October, for a pill called molnupiravir, and many hailed the new drug as a potential game-changer. Pfizer submitted its application in November for a medication called Paxlovid.

The 2 million capsules that just arrived in Thailand are sufficient for treating 50,000 patients, with each course consisting of 8 capsules taken daily for 5 consecutive days.

An early report showed the Merck drug cut the risk of hospitalization and death to 50% in patients who had a mild-to-moderate disease, but a final analysis of the trial reported in November, before the FDA authorization, showed a reduction in that benefit to 30%.  Meanwhile, Pfizer reported that its pill (combined with a low dose of ritonavir, an HIV drug) showed 89% efficacy in preventing hospitalization and death in high-risk patients is studied.

DMS Director-General Dr Somsak Akksilp said the drug will be prescribed for elderly patients and those with underlying health conditions who are not yet in need of respiratory support.

Zuellig Pharma will be managing the logistics for distribution.

Dr Somsak said any future Molnupiravir orders will depend on the Cabinet’s decision, while the purchase contract for Pfizer’s Paxlovid pills will be signed next week.