The beginning of natural gas trading liberalization in Thailand 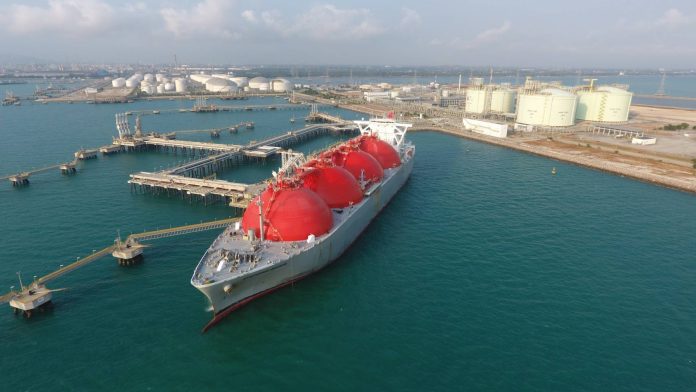 BGrimm LNG Ltd signed an accord with PTT LNG on Tuesday to utilise the latter’s liquefied natural gas terminal in Rayong, the company said in a press release.

The company has since then taken steps to negotiate LNG purchase contracts with the world’s leading suppliers and on October 20, 2021, sought the service of PTT LNG terminal’s first facility, known as LMPT-1, to process 500,000 tonnes of LNG per year for seven years from 2023 to 2029.

PTT LNG Company Limited (PTTLNG) was established on August 30, 2004, to undertake the construction of Thailand’s first port and LNG receiving-dispensing station under the name  Map Ta Phut LNG. Terminal’s main mission is to support the demand for natural gas and strengthen the country’s long-term stability and energy security.

PTTLNG operates its business in pursuit of excellence as the world’s leading liquefied natural gas receiving and distribution station service provider with a vision to promote clean energy and strengthen the country’s energy security through its business operations. transparently and a sense of social responsibility

BGrimm President Harald Link said the agreement demonstrates BGrimm LNG’s readiness to be the country’s first private firm to procure liquefied natural gas. He also stated that the first commercial shipment of LNG procured by BGrimm is expected to arrive at the LMPT-1 terminal in early 2023, effectively kicking off phase 2 of free competition in the natural gas industry.

According to BGrimm CEO, LNG obtained by BGrimm will be regasified at LMPT-1 to convert the liquid into a gaseous state before being fed into PTT’s natural gas pipeline system for delivery to power plants and various industries, according to the press release.

BGrimm LNG Ltd is a Thailand-based energy company that focuses on the development, financing, construction and operation of green-field power plants.

Their business started in 1993 when B.Grimm pioneered into Thailand’s emerging private power generation industry with B.Grimm Power as its investment arm and in the following set up Amata B.Grimm Power.