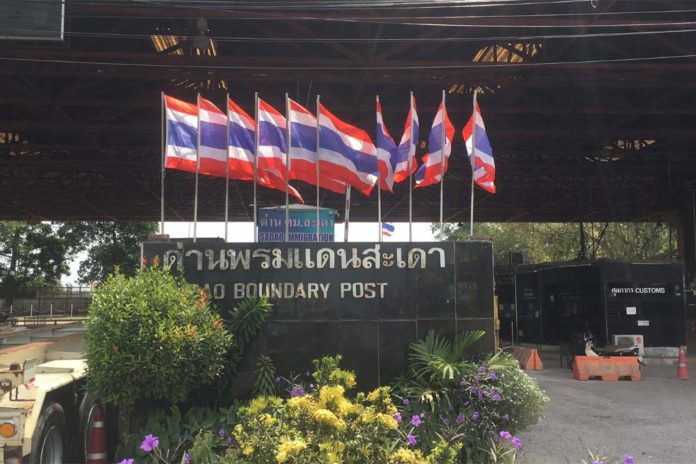 The Sadao border crossing in Songkhla province on Friday recently received 11 Thai students from Malaysia who returned to the Kingdom via the Test & Go pathway. The students were the first Test & Go returnees at the border post since its reopening on March 1.

All 11 returnees were processed under the Thailand Pass system, under which they were required to produce evidence of having been vaccinated against COVID-19. They each also needed to test negative for COVID-19 using the RT-PCR method 72 hours before departing from Malaysia. All 11 will stay at an SHA Extra Plus hotel for one night to await the results of another RT-PCR test administered after they crossed into Thailand.

Sittipong Sitthiphatprapha, a member of the Tourism Council of Songkhla, said the post’s reopening is a positive signal for restoring confidence. He also said it will contribute to the revival of economic activity surrounding the Sadao border post, which has been subdued for 2 years. He added that Malaysia has officially announced it will open the Bukit Kayu Hitam border crossing on April 1.

Sittipong noted that he would suggest three actions for the government to consider, the first having to do with switching from the Test & Go entry pathway to the Vaccine Travel Lane arrangement used by Malaysia. The second suggestion involves reducing the land tax to 10% this year, similar to last year, rather than collecting the full tax rate. His third suggestion calls for help in securing low-interest loans to be provided to businesses in Songkhla. The aim is to enable businesses in the area to secure investments ahead of an expected influx of Malaysian tourists in early April.

Sittipong said 20,000 tourists are expected to enter Thailand following the reopening of the border.