Prayut confirmed no cancelation of Songkran festival this year 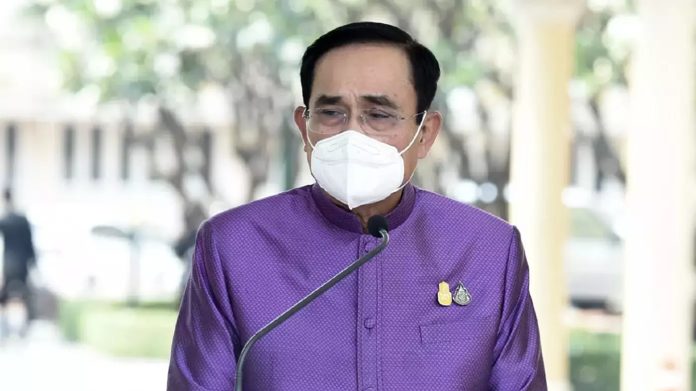 Prime Minister General Prayut Chan-o-cha has assured that Songkran celebrations next month will be allowed to take place, while health and safety precautions will still need to be taken.

According to Government Spokesperson Thanakorn Wangboonkongchana, said that Prime Minister General Prayut Chan-o-cha had said to the public that all associated activities and inter-provincial travel will be permitted during the Songkran festival taking place from April 13-15.

However, the Prime minister had said that the public must strictly follow to “VUCA Guideline” or Vaccine, Universal Prevention, COVID-Free Setting, and antigen test kit (ATK) precautions during celebrations.

The prime minister has strongly advised anyone attending water-throwing celebrations, to get their booster vaccinations and take an ATK test both before and after traveling. The premier also recommended that vulnerable groups, such as those aged 60 and older, people with underlying illnesses, and pregnant women, get fully vaccinated before the festival.

Dr. Opas Karnkawinpong, director-general of the Department of Disease Control (DDC), noted that COVID-19 infections may have already peaked since infection rates detected using RT-PCR and ATK methods have decreased over the last 2-3 days. He added that the infection rate in the Kingdom and neighboring countries has remained between 60 and 70% in recent weeks.

The Center for COVID-19 Situation Administration (CCSA) will convene on March 18 to discuss additional safety precautions for the Songkran celebrations.

Songkran is the Thai New Year’s national holiday. Songkran The word “Songkran” comes from the Sanskrit word saṃkrānti, literally “astrological passage”, meaning transformation or change. It coincides with the rising of Aries on the astrological charts.