Crypto for Russians to be considered in Phuket 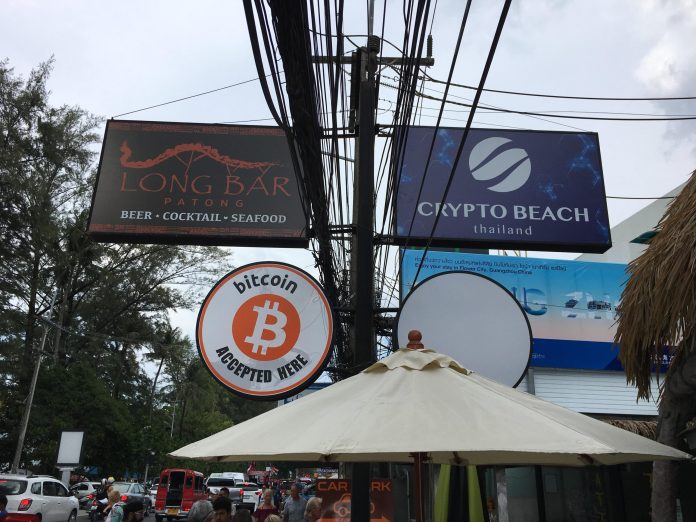 Cryptocurrency is one of the options being explored by the Phuket Tourist Association and the Bank of Thailand for Russian entrepreneurs and tourists in the Kingdom who are being affected by the ongoing Russia-Ukraine conflict.

During the meeting, the two agencies discussed the viability of temporarily allowing the use of cryptocurrencies as an alternative method of payment. The matter will soon be proposed to the Cabinet for consideration.

The effort comes after Visa and Mastercard suspended support for Russian-issued cards outside the country, adding to the pressure on Moscow to end its military assault on Ukraine.

The association said crypto would likely be an appealing choice should other means of making financial transactions in Russia be severed. It stressed, however, that it would need to determine whether crypto can be seamlessly connected to existing payment systems.

The PTA official has also suggested that Thai businesses integrate the Russian card payment system Mir, which was developed after some Russian banks were denied services by Visa and Mastercard following the annexation of Crimea back in 2014.

According to the association, about 3,500-4,000 Russians and 300-400 Ukrainians currently reside in Phuket. The local private sector is now in talks with the Tourism Authority of Thailand (TAT) about possibly providing them with assistance measures. These could include establishing a centre to coordinate assistance, facilities for issuing visas, and organizing special flights to their respective nations.

Other media reports have revealed that companies from the tourism sector have been employing the Chinese payment platform Unionpay, also a provider of bank card services, to offer Russians in the country another payment method to cover their bills.

Meanwhile, Chattan Kunjara Na Ayudhya, the TAT’s deputy governor for Europe, Africa, the Middle East and the Americas, said the TAT is currently adjusting its targets for Russian visitors to Thailand this year. The current figure stands at a quarter of a million. Russians have constituted the highest number of tourists to Thailand since the Kingdom’s reopening in November of last year, with more than 63,000 travellers so far.

Bhummikitti Raktaengam, president of the Phuket Tourist Association, said flight cancellations by two Russian airlines — S7 Airlines and Aeroflot — affected the Russian market as their direct routes covered a large part of Russia, sharing around 70% of this market with Phuket.

Since Thailand began to reopen for international tourists – gradually from 1 July 2021, more than 57,000 Russian tourists have visited the kingdom.

In 2019, before the COVID-19 pandemic, six airlines were operating direct flights from major Russian cities to Krabi, amounting to 63 flights and a total of 50,382 Russian visitor arrivals. The new arrived S7 Airlines’ inaugural flight from Novosibirsk touched down at Krabi International Airport just a few weeks ago.

At present, there are 3,500-4,000 Russian tourists and 300-400 travellers from Ukraine remaining in Phuket, said Mr Bhummikitti.

From March 1-6, Russia was the top market for Andaman resorts with a total of 3,500 visitors. The average length of stay was around 10 days per trip.