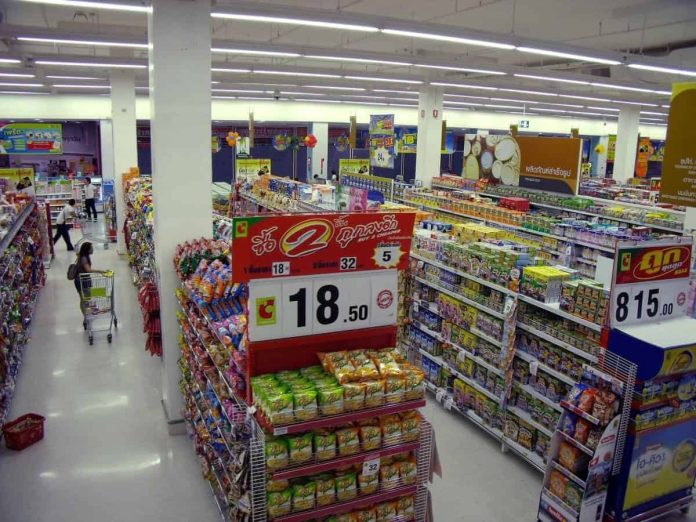 The pace of growth accelerated from a rise of 3.23 percent registered in January.

On a monthly basis, the CPI rose 1.06 percent from the previous month. The core CPI, which excludes raw food and energy prices, climbed 1.8 percent year-on-year in February, according to the Ministry of Commerce.

The ministry attributed the fast inflation rise to higher energy prices, which soared 29.22 percent year-on-year last month, adding that the rise had spillover effects on other prices both directly and indirectly. Food prices also rose significantly in most categories, particularly meats and vegetables.

For the January-February period, the CPI grew 4.25 percent from one year earlier.

The ministry expected consumer inflation to rise further in March due to a higher level of energy prices.

Continuously rising inflation is expected to put the country’s central bank into a dilemma as the Bank of Thailand has kept the key policy rate at a record low level of 0.5 percent since May 2020, to support the pandemic-hit economy, analysts said.

Thailand’s Krungsri Research, a think tank, raised its forecast for the average inflation in 2022 to 2.7 percent from its earlier prediction of 2 percent