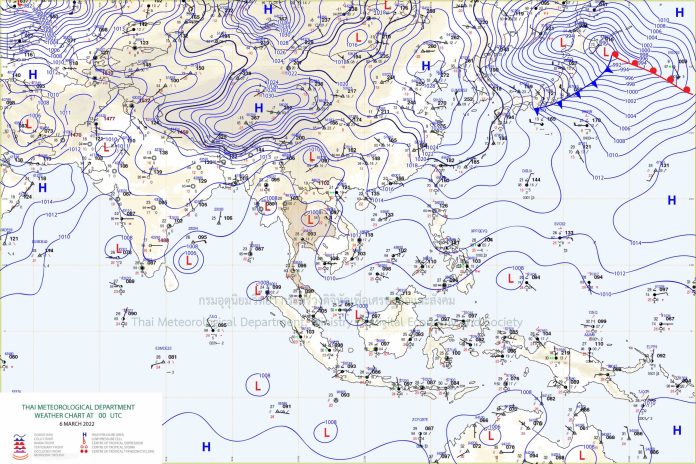 Government agencies have been instructed to prepare emergency measures in anticipation of volatile weather nationwide over the start of this week.

Prayut is concerned for the safety of people in the lower Northeast, Central Region and East, government spokesman Thanakorn Wangboonkongchana said.

Officials have been directed to inspect and remove any unsecured billboards or buildings that could endanger people during severe storms. They will also issue warnings in advance so residents can prepare for extreme weather. To ensure their safety, residents are also recommended to avoid the previously open areas and dangerous locations.

The Thai Meteorological Department reports that Outbreaks of summer storms consisting of thunderstorms, gusty winds, and hails are expected in the Northeast, the North, the Central, and the East, including Bangkok and its vicinity and the upper South regions. As a result, the moderate high-pressure area from China extends to upper Thailand while hot weather remains in the upper country. Please stay safe from the severe conditions by keeping off an open area, big trees and unsecured billboards. Farmers are advised to prepare for crop damages.

Authorities in the southern provinces have meanwhile been assessing the damage caused by recent flooding, with reconstruction efforts currently underway after floodwaters receded.

Acting Sub Lt. Thanasith Iamananchai signed a statement about the affected area in the next 2 days.

Affected areas are as followings: