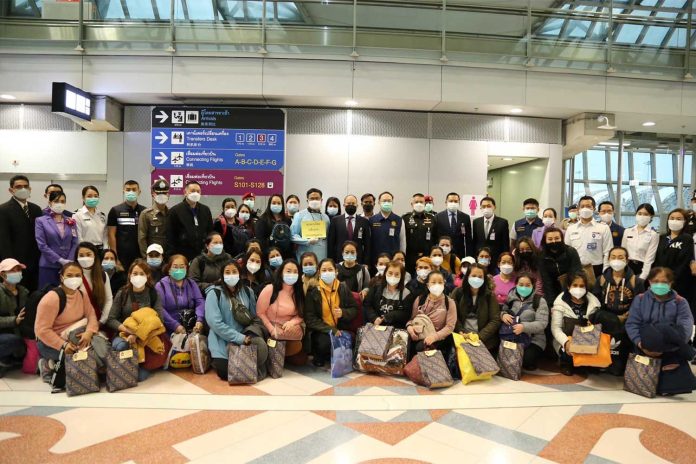 Three more Thais who were recently evacuated from Ukraine have tested positive for COVID-19 after arriving in Thailand. All three are categorized as “green” patients who display no symptoms.

Minister of Public Health Anutin Charnvirakul visited workers who evacuated from Ukraine and are now staying at the quarantine centre operated by Bamrasnaradura Infectious Diseases Institute. Due to the emergency nature of their repatriation, the evacuees were not processed under the Thailand Pass system. They were instead sent to the quarantine centre and tested via the RT-PCR method. COVID-19 was detected in three of the evacuees, all of whom displayed no symptoms.

2 Groups of Thais evacuated from Ukraine is arrived on 2 March.

A total of Sixteen of the 96 Thai evacuees from Ukraine have tested positive for COVID-19 and are now isolated at the quarantine centre at Bamrasnaradura Infectious Diseases Institute in Nonthaburi province, according to the Ministry of Public Health.

According to the ministry, the first three infected patients have developed no symptoms so far.

Mr Anutin disclosed that the government will take care of all the medical expenses incurred by the returnees, while the Labour Ministry will provide financial support, from a fund intended to help Thais working overseas who are evacuated to escape the war.

The minister said that most of the Thais working in Ukraine have received two doses of vaccines and the Public Health Ministry would like to give them a third dose before releasing them home.