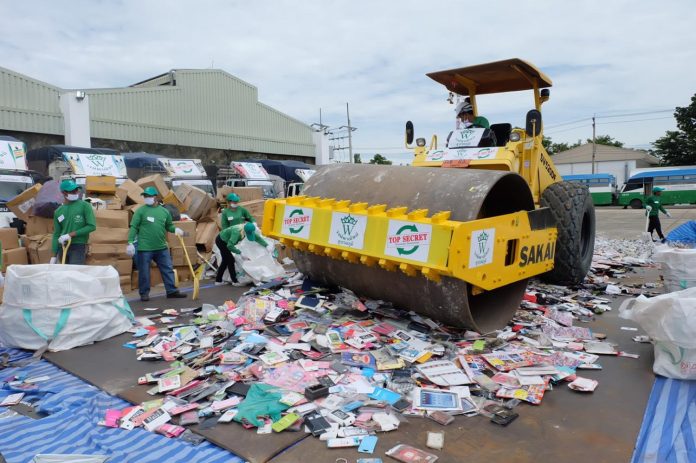 Authorities said Thailand will remain committed to combating intellectual property (IP) infringement after the country was excluded from the Notorious Markets List announced recently by the United States.

The reports of the Office of the United States Trade Representative’s (USTR) “2021 Review of Notorious Markets for Counterfeiting and Piracy” were recently released.

The 2021 list identifies 42 online markets and 35 physical markets that are reported to engage in or facilitate substantial trademark counterfeiting or copyright piracy. It specifies for the first time AliExpress and the WeChat e-commerce ecosystem, two significant China-based online markets that reportedly facilitate substantial trademark counterfeiting.

China-based online markets Baidu Wangpan, DHGate, Pinduoduo and Taobao continue to be listed, as well as nine physical markets located within China that is known for the manufacture, distribution and sale of counterfeit goods.

Director-general of the Intellectual Property Department Vuttikrai Leewiraphan stated that the U.S has recently announced it will exclude Thailand from its Notorious Markets List both for physical and online markets. This is the first time in four years that the US has not discovered any notorious markets in Thailand, either physical or online, that sell counterfeit and pirated products.

The Director-general attributed the accomplishment to authorities working hard to combat counterfeit and pirated goods. He believes the report would boost the country’s reputation, attract investment, and motivate business owners to invest in innovation and technology.

“Thailand remains committed this year to move forward with suppressing IP infringement as well as promoting the creation and commercial use of IP.

IP can add value to products and services to increase competitiveness.”

The department is pursuing a memorandum of understanding (MoU) with ad agencies to protect IPR on the internet, noting ad agencies can help prevent infringement and protect copyright by avoiding sponsorship of providers found to use pirated movies, music and drama series via online channels.