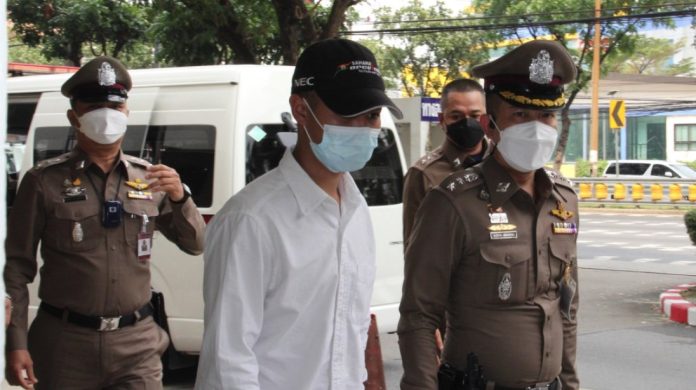 Pol L/C Norawich Buadok has been charged with the death of Dr. Waraluck Supawatjariyakul, of the Faculty of Medicine at Chulalongkorn University, at a pedestrian crossing on Phaya Thai Road in Bangkok’s Ratchathewi district.

The decision was based on the police investigation report submitted to prosecutors on Feb 10.

Prosecutors also sought to expropriate the Ducati motorbike which had been seized by the police as evidence in the investigation. They planned to ask the court to suspend or revoke Pol L/C Norawich’s driver’s license, said Mr. Itthiporn.

If the family decides to claim for damages under the Criminal Code, they must do so either before the first witness examination hearing or before the lower court hands down its ruling in a case the defendant confesses.

Pol L/C Norawich was present at the OAG briefing yesterday. After announcing the indictment decision, prosecutors took the policeman to be formally inducted into the Criminal Court.

Meanwhile, Interior Minister Anupong Paojinda said many provinces have kicked off a campaign to improve safety at pedestrian crossings.

Initial campaigns will last until Friday, and reminders will take place on the 21st of every month to highlight the importance of safe pedestrian crossings and responsible motorists and in remembrance of Dr. Waraluck.

These campaigns were being organized to prevent a similar tragedy that saw Dr. Waraluck knocked down and killed from happening again. Similar road accidents have left many other people permanently disabled.