BREAKING : 2nd PCR test on day 5 to be dropped, changed to a ATK test 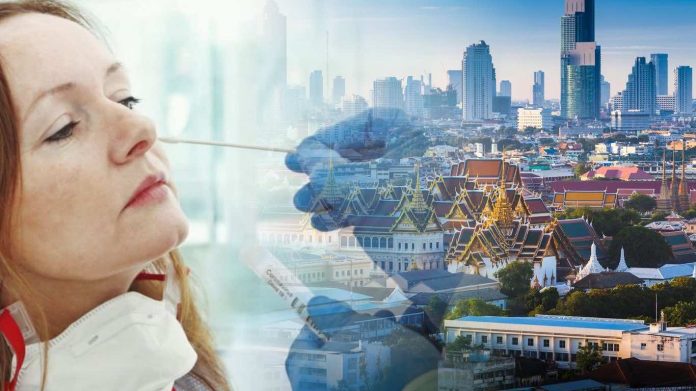 A recent CCSA meeting has announced that starting in March, the requirement for the 2nd RT-PCR test on Day 5 will be dropped and replaced with a self-ATK test. In addition, the insurance will be reduced to $20,000.

The testing requirements for Test and Go were discussed extensively at a recent CCSA General Meeting as pressure on the tourism industry and the economy generally has been mounting. The PCR test for Test and Go entrants on day 5 will be changed to an ATK test which means visitors will not need to book a second hotel night. In regards to the requirement for insurance – specifically medical coverage that includes 3 COVID treatment – was lowered to at least 20,000 USD per person down from 50,000 USD.

Also, The Prime Minister has stressed the importance that all agencies involved prepare the necessary standby arrangements for the management of a projected increase in Omicron-led cases, including Home Isolation and Community Isolation systems throughout the country. numbers have been steadily increasing recently with today’s infection rate at 21,232 new cases and 39 deaths. However more importantly ICU cases and people on ventilators have not hit the highs seen in previous waves. The meeting was assured that relevant agencies have enough surge capacity to deal with the rise in the number of cases, especially as a sharp uptick in the Northeast and the North is being monitored closely.

New clusters continue to be found in restaurants and schools and construction workers’ camp sites. The CCSA continues to strongly encourage compliance with Universal Prevention and COVID-Free setting measures. The implementation of bubble-and-seal strategies in camp sites and schools also continue to be recommended.

Deputy Prime Minister and Public Health Minister Anutin Charnvirakul acknowledged that additional measures are needed if infection numbers are to be curbed. The focus is currently on managing bed numbers and preparing enough medicines and medical supplies. Home isolation is also being recommended to ensure that hospital beds are available for those with severe symptoms.

Chula-Cov19 vaccine has completed phase II clinical trials with satisfactory results on 120 volunteers. The vaccine is expected to complete its phase three clinical trial by August 2022. To date, the government has supported a total amount of 2,715.59 million baht in the R&D process.

Dr Kiattiphum Wongrajit, Permanent Secretary for the Ministry of Public Health, meanwhile recently addressed allegations about side effect risks in administering Sinovac’s COVID vaccine to children during a press conference. • It was clarified that use approval for the vaccine in children was based on academic information and that the injections are voluntary. The Permanent Secretary also assured the safety and effectiveness of cross-vaccination formulas, particularly the Sinovac-Pfizer formula.

(1) Elder aged over 60 years old accounting for 12.7 million people of the population, of which 82.7% have received at least 1 dose of vaccination

(2) Children aged 5-11 years old accounting for 5.1 million people of the total population, of which 7.7% have received at least 1 dose of vaccination