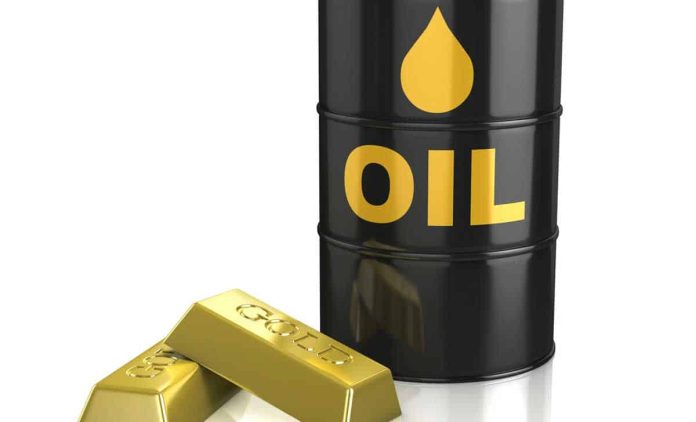 Oil prices jumped as the crisis between Russia and Ukraine escalated.On Monday evening, Russian President Vladimir Putin ordered forces into two breakaway regions of eastern Ukraine and said he would recognize the independence of Donetsk and Luhansk.

What is Brent in the stock market?

Brent is the leading global price benchmark for Atlantic basin crude oils. It is used to set the price of two-thirds of the world’s internationally traded crude oil supplies. It is one of the two main benchmark prices for purchases of oil worldwide, the other being West Texas Intermediate (WTI).

Russia has built up some 150,000 troops along its border with Ukraine, and the Biden administration said last week that as many as 7,000 additional troops have joined.

The military tensions have sparked concerns that Russia may be preparing to invade Ukraine, triggering fears of a repeat of the Kremlin’s illegal annexation and occupation of Crimea in 2014.

Russia was the largest supplier of natural gas and oil to the European Union last year, and these tensions are lending support to oil prices.

Crude prices recently crossed $90 per barrel, representing an increase of more than 20% this year and a rally of more than 80% since the beginning of 2021. Those gains, however, can also be attributed to other factors such as tight supply.

Oil could spike to $110 per barrel if the crisis worsens, according to Andy Lipow, president of Lipow Oil Associates.

“Should we have Russian oil supplies cut off to Europe, which is 3 million barrels a day, we could see oil prices rise another $10 to $15 a barrel, putting Brent at about $110 a barrel,” he told CNBC’s “Street Signs Asia” on Tuesday.

“The market will rally on an invasion of Russian troops into Ukraine proper, and then it’s going to wait to see where the resupply comes from,” he added.

A deal aimed at reviving Iran’s 2015 nuclear agreement is expected to be very close to being reached, raising the possibility of more than 1 million barrels a day of Iranian crude returning to the market.

Lipow said markets would look toward Saudi Arabia, United Arab Emirates and Kuwait to utilize some spare capacity, which he estimated at 3.5 million to 4 million barrels a day.

Katrina Ell, the senior APAC economist at Moody’s Analytics, said the firm estimated geopolitical tensions have added about $10 to $15 per barrel to oil prices.

“So if we continue to see tensions escalate [causing] various supply disruptions to Russia’s oil and gas supplies, then that will continue to add upward pressure to oil prices and then really hurt Asia’s largest economies from a production point of view and a consumption point of view as well,” she told CNBC’s “Squawk Box Asia” on Tuesday.