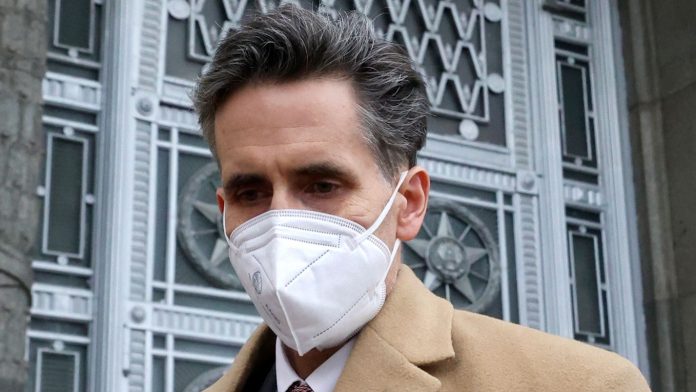 Russia has expelled Bart Gorman, the No. 2 U.S. official in Moscow, the State Department said on Thursday, with Washington warning that it would respond to the “unprovoked” move amid heightened fears of a Russian invasion of Ukraine.

The President of the United States, Joe Biden, will hold a telephone meeting this Friday with several Western leaders to discuss the Russian military deployment on the border with Ukraine, according to a White House official. This conversation coincides with the announcement by the US Secretary of State that the heads of US diplomacy, Antony Blinken, and Russian diplomacy, Sergei Lavrov, will meet at the end of next week to prepare a summit between the two countries, to defuse tension around Ukraine.

Pro-Russian rebels in eastern Ukraine and the Kyiv government have accused each other of violating the ceasefire in Donbas. The Ukrainian Army has denied the accusations.

“Even though our positions were attacked with prohibited weapons, the Ukrainian troops have not responded to the attacks,” said a spokesman for the Armed Forces. Meanwhile, the president of the United States, Joe Biden, has insisted this Thursday that the Russian invasion of Ukraine could occur in “the next few days”.

The president’s call will coincide with the Security Conference in Munich (Germany), which takes place this weekend, and in which the vice president of the United States, Kamala Harris, and Blinken will participate.

In a speech before the UN Security Council on Thursday before traveling to Munich, Blinken announced that he had sent a letter to Lavrov with that invitation and said that the United States had also proposed meetings of the NATO-Russia Council and the Permanent Council. of the Organization for Security and Cooperation in Europe (OSCE).

The head of US diplomacy, who again denounced today that Moscow is planning an imminent invasion of Ukraine, called on the Russian authorities to opt for democracy and said that these meetings can serve to reduce tension and reach agreements on security concerns. from all sides.