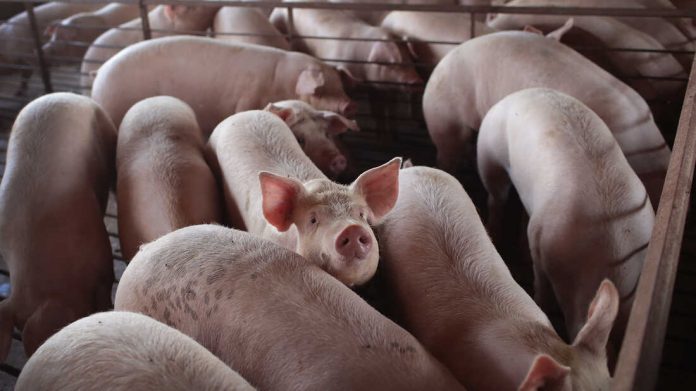 The Ministry of Agriculture and Agricultural Cooperatives will propose to the Cabinet business recovery plans to help small pig farmers dealing with African Swine Fever (ASF).

Agriculture and Cooperatives Minister Chalermchai Sri-on earlier assigned the Department of Livestock Development (DLD) to collect information about ASF outbreaks in Thailand and compile prevention and protection plans against the disease.

Roughly 10-15% of swine farmers have left the business, leaving a stock of around 90% of the nation’s production capability. This year, Thai pork production capacity is expected to rebound to 20 million metric tons, with female pigs able to mate between two and five times every year.

The DLD is also mulling the use of artificial insemination in swine production until the situation stabilizes and male breeder stocks replenish.

According to the agriculture minister, Thailand would not need to import pork into the Kingdom if the price remains steady at 180 baht per kilogram.

The DLD also plans to distribute “sentinel” piglets in areas where ASF has been reported, in order to probe the safety of farms.

The World Organization for Animal Health accepts the sentinel technique as a means of determining if a contagion or condition is still prevalent in a given region. The plan’s viability will be discussed before being presented to the Cabinet.