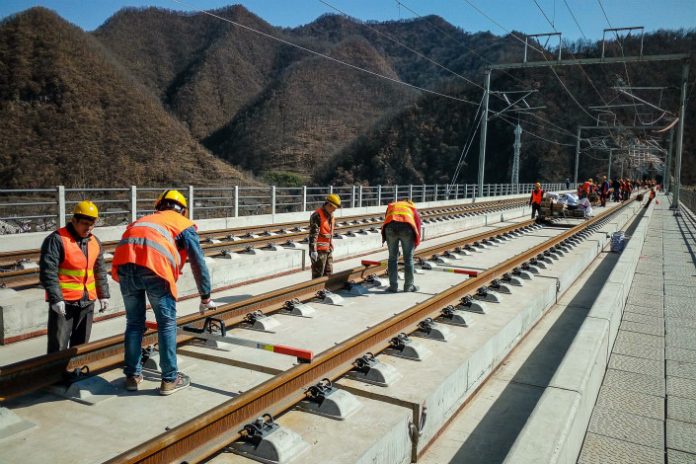 As the deputy chief engineer of a section of the railway in Ayutthaya Province, 80 km north of Bangkok, Phuanglamchiak noted there are “advanced railway technologies that China brings to Thailand.”

The China-Thailand railway, an important part of the trans-Asian railway network, will be Thailand’s first standard-gauge railway.

When completed, the line will carry trains from Bangkok to the border town of Nong Kai, where a new bridge will connect it with the China-Laos railway, making it possible to travel by train from Bangkok, through Laos, to Kunming in southwest China’s Yunnan Province.

“Once the railway is open, I would like to take a train from my hometown Bangkok all the way north to Kunming. Then I’ll take my family to visit the Great Wall in Beijing,” said Phuanglamchiak, who works for the China State Construction Engineering Corporation Ltd.

“We are pleased to see the construction of the China-Thailand railway continue apace. We hope China’s state-of-the-art railway technology will help us develop railway infrastructure,” said Pichet Kunadhamraks, deputy director-general of the department of rail transport.

He went to Wuhan in central China’s Hubei Province for an eight-month course on high-speed railway technology. Kantithat then went to Japan as an intern, but hoped to go back to China to continue his studies after finishing the internship.

“I want to bring what I have learned about Chinese technology back to serve Thailand,” Kantithat told Xinhua.

“The China-Laos railway has inaugurated a new era for Laos. Thailand, if not being able to accelerate the construction of the railway project, will miss out on the opportunity,” Tharakorn said.