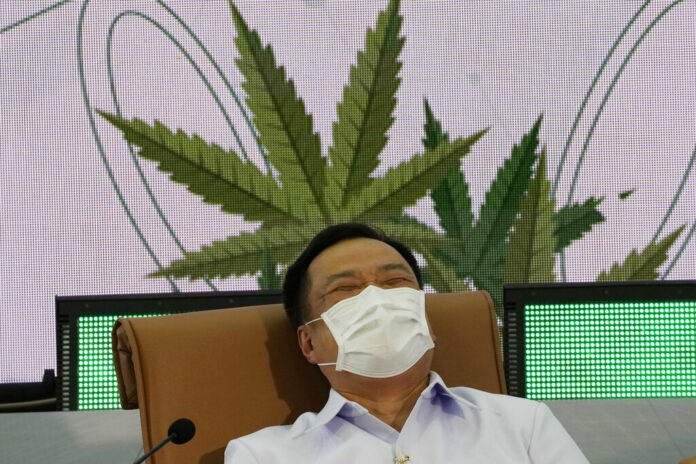 Thailand on Tuesday moved one step closer toward being the first Asian nation to decriminalize marijuana after its health minister signed a measure officially dropping cannabis from a list of controlled drugs.

According to Dr. Paisarn Dankum, secretary-general of the Food and Drug Administration (FDA), the Public Health Ministry wants to utilize the benefits of cannabis following its removal from the list of prohibited drugs. The plant will be used for recreational purposes in designated areas. However, the ministry is still considering which areas are eligible.

The delisting will mean all parts of cannabis, including flowers and seeds, are allowed to be used in Thailand. However, extracted content will remain illegal if it contains more than 0.2% of the psychoactive ingredient that produces a “high.”

At a signing ceremony, Public Health Minister Anutin Charnvirakul said he hoped to set out a “new history for cannabis” in Thailand and remove the stigma around it.

“Cannabis has plenty of medical benefits, not different from other herbs, and we are trying our best to make the Thai people enjoy both medical and economic benefits from it,” Anutin said Tuesday.

Production, sale, and possession of cannabis will remain partially regulated, however, meaning recreational use of marijuana is not yet legal. The ministry’s stated policy is to promote the use of cannabis for medicinal purposes and build an industry around derived products.

Thailand in 2020 became the first Asian nation to allow the production and use of cannabis for medicinal purposes, under tight controls. Anutin’s Bhumjai Thai Party, a major partner in the current coalition government, campaigned in the previous year’s election for the legalization of cannabis production to aid farmers.