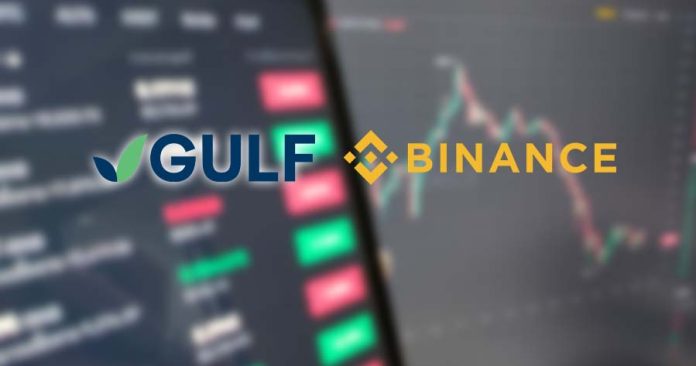 Thai power producer Gulf Energy Development Pcl has said it expects to finalize a joint venture (JV) with the world’s biggest cryptocurrency exchange, Binance, in the second quarter this year.

“Once we conclude talks with Binance on the business model and shareholder agreements, a JV will be formed, which will apply for the license with regulators,” Gulf chief financial officer Yupapin Wangviwat said.

She expects the JV to take about six months to obtain the license for trading and then other features would follow.

Yupapin noted that the Gulf-Binance crypto exchange would have to comply with regulations.

The move into crypto comes from its owner and CEO Sarath Ratanavadi’s plans to expand into digital infrastructure, which took shape last year when it increased its ownership of InTouch Holdings Pcl to 42% in a 48 billion baht deal.

On Thursday, Gulf established a separate JV with Singapore Telecommunications and AIS to build data centres.

Yupapin said initial plans include 20 to 40-megawatts (MW) of data centres in Thailand, with an estimated cost of up to US$400 million.

Gulf Energy traces its beginnings to the 1990s and began making its mark after winning multiple power agreements including contracts worth 5.3-gigawatts in 2013.

It went on to have one of Thailand’s biggest IPOs in 2017, catapulting Mr Sarath onto the Forbes Rich List, which currently ranks him as fifth richest in Thailand with a net worth of $12.4 billion.

Gulf also expanded its infrastructure portfolio in recent years, snapping up projects including a $1.3 billion LNG project and a $927 million container terminal with the government in recent years.