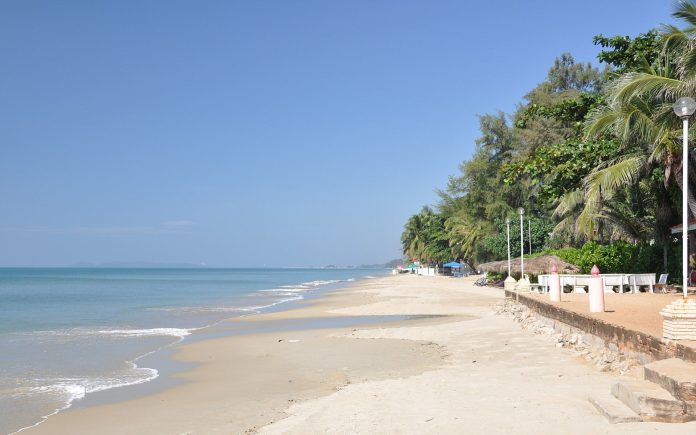 Oil spill contamination caused by a pipeline leak in the Gulf of Thailand is no longer being detected on major beaches in Rayong province, following extensive clean-up operations by relevant agencies. Rehabilitation work will now begin at the affected areas, particularly at Mae Ram Phueng Beach.

The scenery at Mae Ram Phueng Beach in Rayong province has since returned to normal after the launch of recovery operations following spillage from an off-shore pipeline leak in the Gulf of Thailand.

Cleanup operations at this location, as well as other beaches in Rayong, have been carried out by the Royal Thai Navy, Rayong Province, Star Petroleum Refining (SPRC) and related agencies.

Images provided by the First Naval Area Command showed the latest underwater conditions at Khao Laem Ya–Mu Ko Samet National Park, where traces of oil were no longer being detected. The area is home to coral reefs, seagrass and other marine wildlife.

The navy’s pollution prevention and elimination command center reported that no oil spills or chemicals were found from their most recent inspection over a 3-kilometer, 5-kilometer and 10-kilometer radius in Ko Samet.