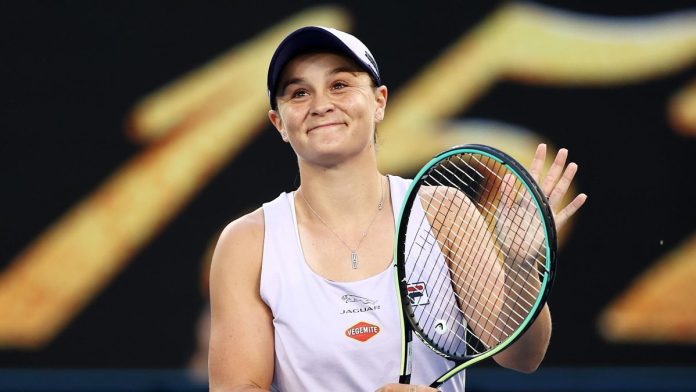 The top-ranked Barty recovered from 5-1 down in the second set to beat Danielle Collins 6-3, 7-6 (2) in the final on Saturday night, ending a 44-year drought for Australian women at their home Grand Slam tournament.

Barty is the first Australian women’s singles champion since Chris O’Neil in 1978. She was the first homegrown player to reach the final since Wendy Turnbull in 1980.

The pressure is off the 25-year-old Aussie, who has made a remarkable career comeback after taking time off — missing every Grand Slam tournament in 2015 and ’16 — and briefly flirting with taking up a professional cricket career after three first-round exits at the majors in 2014.

Barty now has Grand Slam singles titles on three surfaces, adding the hard court at Melbourne Park to her win on grass at Wimbledon last year and on clay at the 2019 French Open. She joins Serena Williams as the only active players on the women’s tour to win majors on all three surfaces.

Evonne Goolagong Cawley, a tennis icon with seven Grand Slam singles titles and a trailblazer for Indigenous athletes from Australia, was a surprise guest to present the champion’s trophy to Barty, who is part of a new generation of Indigenous stars.

O’Neil was involved in the night, too, after carrying the trophy into the stadium for the prematch ceremony.

“I’m an incredibly fortunate and lucky girl to have so much love in my corner,” Barty said, thanking her coach and support team, her family, the tournament organizers and the crowd.