34.8 billion baht in subsidies for the cost of living. 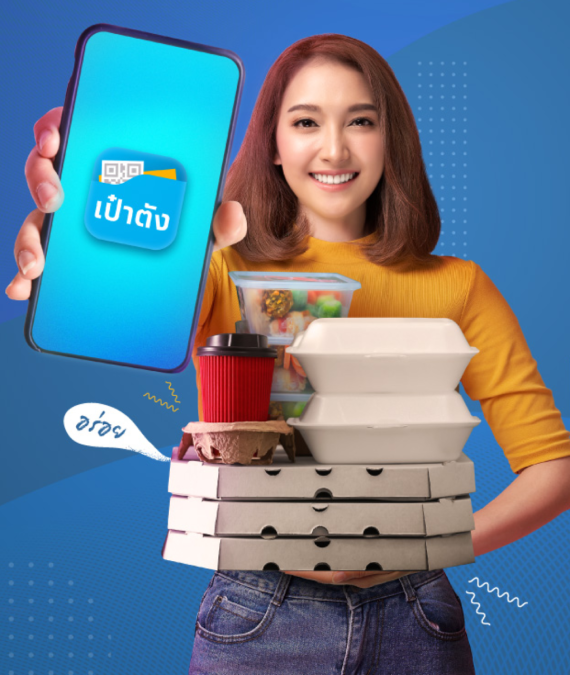 From February 1 to April 30, the government approved a budget of 34.8 billion baht for the fourth phase of the cost of living subsidy program, distributing 1200 baht to each participant to spend on food, drink, common goods, spa, hairdresser, manicure, and public transport. The subsidy will cover 50% of the prices and its spending by each recipient will be limited to 150 baht per day as previously imposed.

Those who received the grant during the third phase will now be able to confirm their participation in the fourth phase through the Pao Tang app from February 1st.

Other people can sign up for the handouts through www.คนละครึ่ง.com from February 10th. More than 1 million rights are available and new members can spend the grant from February 17 onwards.

The business sector hailed the government’s new spending stimulus but said the disbursement of money under the fourth phase of the Khon La Khrueng co-payment subsidy program appears to be lower than expected. The private sector is also calling for further stimulus packages to increase consumer spending power.
Supant Mongkolsuthree, president of the Federation of Thai Industries (FTI), said the government’s decision to reduce the subsidy from 1,500 to 1,200 baht per person came as a surprise.
“This is a good campaign to revive the national economy in the short term, particularly helping to ease people’s struggle to cope with the high costs of living,” said Supant.

Sanan Angubolkul, president of the Thai Chamber of Commerce, said the government has made a good decision in continuing to implement measures to stimulate people’s spending in addition to the packages approved at the end of last year. “I see 1,200 baht in cash. per person are slightly lower than we expect, “he said. “But we anticipate that the government is likely to work out further measures to stimulate further spending.”

FTI also agrees with the approval of We Travel Together, a hotel subsidy campaign, as it can help stimulate domestic tourism, which will play a key role in driving the pandemic-ravaged travel industry at a time of low arrivals from ‘abroad.
These two schemes are necessary to help both businesses and people, but they are not enough to get the Thai economy back on track.
The government needs long-term economic recovery plans to revive the economy and sustain its growth, Supant said.

Phisut Sae-Khu, president of the eastern section of the Thai Hotels Association, said the recent approval of an additional 2 million room nights of We Travel Together, a hotel subsidy program, along with the resumption of Test & Go for international travelers the month next, it creates positive momentum for tourism.
However, the tourism situation in Pattaya remains opaque as it has to wait until March to see more demand as tourists may want to delay their plans until the number of Covid-19 cases decreases.

Meanwhile, Test & Go’s international travelers are expected to arrive no earlier than mid-February.

Phisut said most local tourists can opt for Songkran holidays as there are no long weekends in February and March.
However, a short-haul destination like Pattaya won’t benefit from this festival as tourists mostly head to their home provinces.
More tourism stimulus needs to be implemented to attract potential segments like meetings and seminars because the off-season is just around the corner when April ends.
Phisut said the government should introduce tax breaks or subsidize the costs of home meetings and seminars to fill room occupancy on weekdays, which could complement We Travel Together, which already attracts travel on weekends.

Boonyong Tansakul, chief executive officer of Zen Corporation Plc, the operator of the Japanese Zen restaurant, said “All three stages have received warm customer responses and have rarely seen negative customer comments. It should be a campaign that takes place. it will move until the prices of expensive goods are eased, ”Boonyong said.