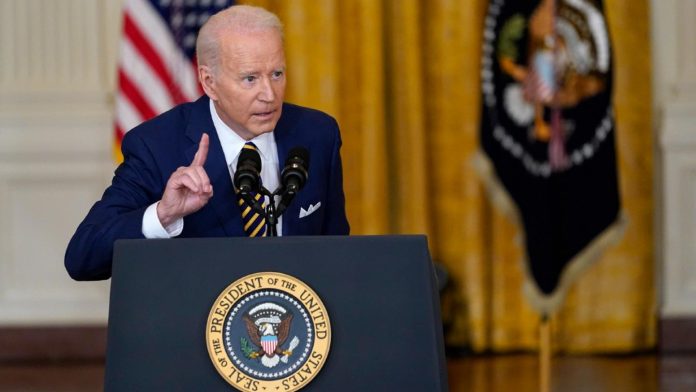 Tens of thousands of Russian troops, as well as tanks and artillery, have been deployed near the Ukrainian border since the end of last year, causing particular concern in the three Baltic states, which are also in Russia’s immediate neighbourhood.

“HISTORY SHOWS US THAT MAKING CONCESSIONS TO THE AGGRESSOR ENDS UP IN A BIG WAR”.

The United States has approved Baltic countries’ requests to ship US-made weapons to Ukraine amid fears of a Russian invasion, a US official said Thursday.

The US is “expediting authorized transfers of US-origin equipment from other allies,” a State Department official said from Berlin, where US diplomatic chief Antony Blinken began talks on Ukraine with Europeans.

“European allies have what they need to move forward with additional security assistance (to) Ukraine in the days and weeks ahead,” the official added.

A source familiar with the approvals said the approval was for urgent requests from Estonia, Latvia and Lithuania. The exact quantities and types of weapons were not specified, but the Baltic countries’ arsenals include Javelin anti-tank missiles.

“We have decided to send weapons and other aid (to Ukraine),” Lithuanian Defence Minister Arvydas Anusauskas confirmed to AFP, saying the move was aimed at “deterring” Russia from attacking.

“History shows us that making concessions to the aggressor ends up in a big war. We do not want that. Any country that defends itself must have the opportunity to do so,” the minister added.

Kiev is urging the West to deliver more defence weapons amid a spike in tensions with Moscow, which is suspected of planning an invasion of its neighbour. Britain announced on Monday that it would send anti-tank weapons. Germany has rejected the idea of delivering weapons to Ukraine, saying it would only aggravate tensions.