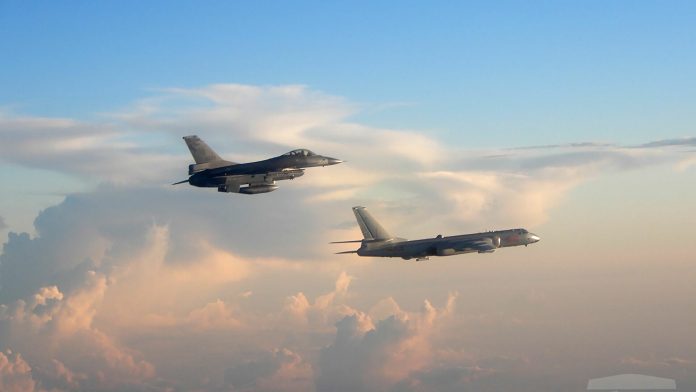 Taiwan has reported a massive incursion of China’s air force in its air defense zone. Taiwanese fighters scrambled to warn away 39 aircraft in the latest uptick in tensions. Foreign news agencies reported from Taipei on January 24 that the Ministry of Defense of Taiwan informed 39 Chinese People’s Liberation Army (PLA) military aircraft.

The Taiwanese army closely observed the incident. It happened at the same time that the United States and Japan held joint military exercises in the international waters of the Philippine Sea. by sending an aircraft to mount to pressure all Chinese planes to depart.

Taiwan, which China claims its territory, has complained for more than a year of repeated missions by China’s air force near the democratically governed island. ADIZ, close to the Taiwan-controlled Pratas Islands.

Taiwan calls China’s repeated nearby military activities “grey zone” warfare. The tests have as objectives to wear out Taiwan’s forces and reactions.

Taiwan sent a combat aircraft to warn away the Chinese aircraft. Taiwanese government deployed missile systems to monitor them, the ministry said.

There was no immediate comment from China, which has in the past said such moves were drills aimed at protecting the country’s sovereignty.

China has stepped up pressure on Taiwan to accept its sovereignty claims. Taiwan’s government says it wants peace but will defend itself if attacked.