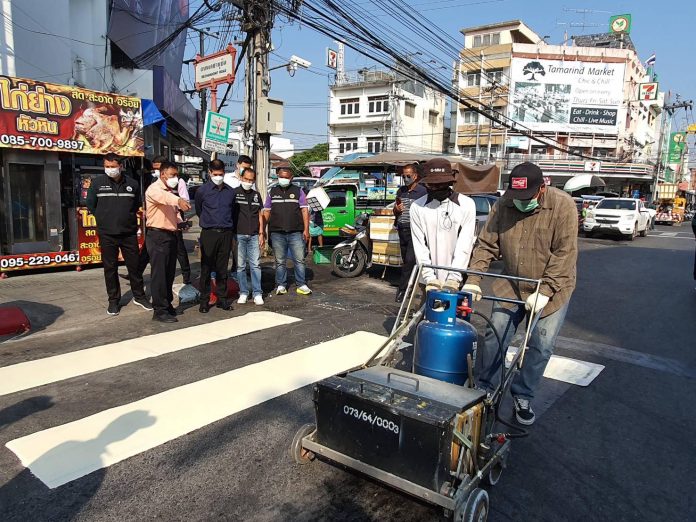 This month the government has started revamping the existing roads and pedestrian networks in Hua Hin. The plan is known as Project WOW and has officially started this month.

On the 19th of January, the Governor of Hua Hin District, Nopporn  Wuthikul, and Deputy Governor Jirawat  Pram-Manee traveled to Hua Hin to inspect the newly paved road from Soi 41 to Soi 45. It is just the first step to improving the city infrastructure.

The following works and their respective starting dates are listed below.

Governor said this project aims to create safer pedestrian networks and reduce car accidents. The plan consists mainly in paving a new road, revamping the existing roads, increasing the size of sidewalks, and setting up new cameras. The governor finally encouraged traders to set up booths along the renewed walkways to boost tourism.