Thailand will reintroduce Test & Go program soon. The Private and Public sectors can no longer bear the current situation 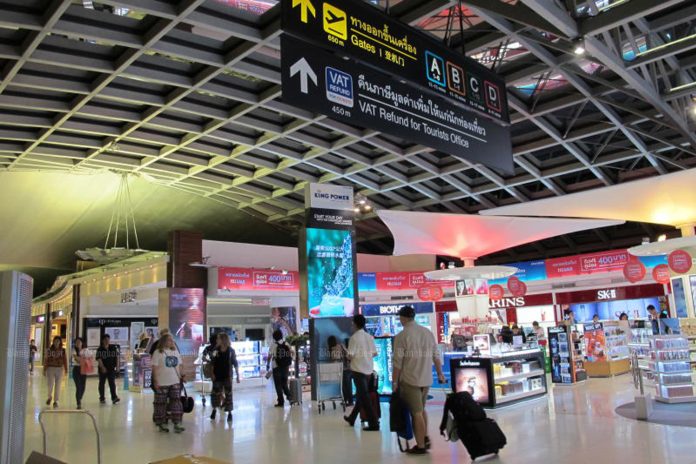 Gen Supoj Malaniyom, head of operations at the Center for Covid-19 Situation Administration (CCSA), said the government is considering reintroducing the Test & Go program after listening to the public and private sectors’ suggestions.

In recent days, the public and private sectors have spoken out regarding the current measures for the entry of foreigners into the country. The business sector argued the government to reinstate the Test & Go quarantine exemption scheme to attract more tourists. The continued program’s suspension means a significant economic loss for local merchants. On the other hand, the Deputy Prime Minister and Minister of Public Health, Anutin Charnvirakul, affirmed restoring the Test & Go program would recover foreign visitors and accelerate economic recovery.

The estimated figures in case of not implementing the program are alarming. Tourism is a fundamental part of the country’s economy. The Thai Chamber of Commerce (TCC) has released its projection on the suspension of the Test & Go quarantine exemption scheme, saying the inspection would result in a revenue loss of 5-9 billion baht per month, based on an estimate of 80,000-180,000 monthly visitors under this scheme.

Tourism and Sports Minister Phiphat Ratchakitprakarn affirmed that the expected resumption of the Test & Go tourism scheme in February should allow the country to attract at least 8 million tourists this year. Phiphat said the public should be confident about the country reopening to vaccinated tourists because the Public Health Ministry can contain an outbreak.

The government has addressed the needs of both sectors and has moved to open tourism as soon as possible. With the spread of the highly transmissible Omicron variant, the government decided to suspend this scheme in the interest of safety. However, the country has proven that it can no longer be close. The government now must find a balance between keeping a guard up against the pandemic and restoring the economy.

The Center for Covid-19 Situation Administration considers adjusting areas with varying degrees of Covid-19 prevalence and easing some restrictions to allow greater mobility. Prime Minister Prayut Chan-o-cha has insisted measures should be modified where necessary to help revive the economy.

Share
Facebook
Twitter
Previous article
To help new graduates meet the expectations of the job market, a new campaign has been launched
Next article
Thailand is not affected by the Tonga eruption, according to an academic