Prohibition of demonstrations during COVID-19 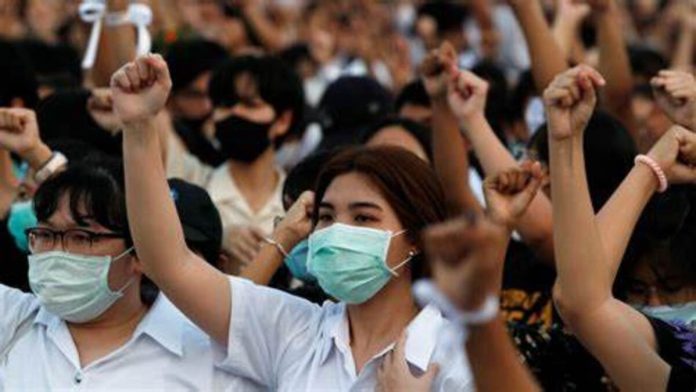 Arnon Nampa and other protest leaders have been charged with offense and sedition as a result of recent protests by demonstrators in front of the Supreme Court and Bangkok Remand Prison, Metropolitan Police Deputy Commissioner and Spokesperson Police Major General Jirasan Kaewsangek said, Gatherings are illegal under the anti-Covid emergency decree.

While Bangkok has been designated as a “tourist province” and exempted from certain measures, anti-coronavirus guidelines and the Infectious Disease Control Act remain in effect, he said. Every gathering that has the potential to cause an epidemic is considered illegal.

Major General Gila Police announced that the city’s police are ready and well-equipped to maintain peace and order, and there were no signs of armed groups or violent demonstrators at the demonstrations.

Additionally to the previous cases related to the protests, the metropolitan police have investigated 814 cases since July 2020. Of the total cases, 409 have been brought to court, while the rest are still under investigation.