Close monitoring of H5N6 outbreak in China after WHO alert 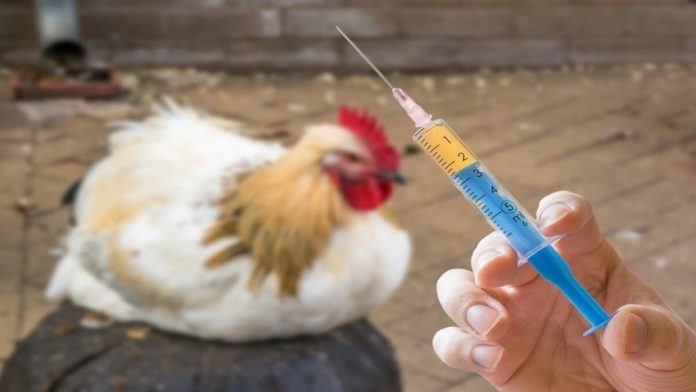 Following the World Health Organization (WHO) warning of an outbreak of H5N6 bird flu in China, the Ministry of Livestock Development is closely monitoring the spread of the disease.

According to the WHO, five cases of human infection with the H5N6 virus have been identified in mainland China, of which two have died, two are in critical condition and one is in serious condition. Infection cases are distributed in Sichuan, Zhejiang, and Guangxi autonomous regions. Four of the patients became ill from exposure to live poultry, while Chinese authorities are still investigating the fifth case.

DLD director-general Sorawit Thanito said the department was on high alert to prevent bird flu from entering the country and instructed its staff to closely monitor livestock in all border provinces and take precautionary measures in their respective areas. Samples are collected from border areas, migration points, spawning areas and poultry farms for testing, and strict regulations are in place to ensure the safe transportation of poultry products both domestically and internationally.

Authorities have urged live poultry farmers to bolster their safety protocols by cleaning or disinfecting farms and surrounding areas at least once a week. Livestock veterinarians should ensure the safety of these farms by monitoring farm entrances, sanitizing vehicles, and encouraging cleaning and spraying of disinfectants in high-risk areas such as border points, migration points, laying areas, and live poultry-intensive areas.

Also, the Director General is asking for the backing of growers to nearly cover the health of their beast, and he explosively urges the public to snappily inform officers if they descry unusual symptoms or deaths so that authorities can give immediate backing. For further information, please communicate the Office of Disease Control and Veterinary Services, the Department of Livestock Development, or the hotline at063-225-6888, or notify via the DLD4.0 app.

Sourcehttps://thainews.prd.go.th/
Share
Facebook
Twitter
Previous article
Prohibition of demonstrations during COVID-19
Next article
According to Dr. Yong, two doses of Sinovac followed by one dose of AstraZeneca/Pfizer provide strong immunity to Omicron.