Australia deports Djokovic for being unvaccinated 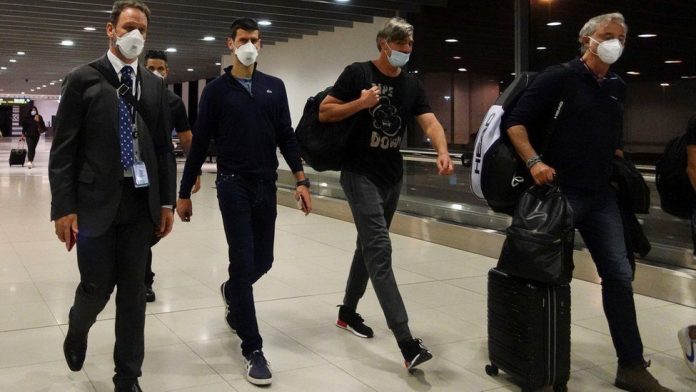 Novak Djokovic will be denied the chance to defend his Australian Open title after the Federal Court validated a federal government decision to deport him because of his stance on vaccination.

The tennis champion’s dramatic, week-long legal challenge failed about 5.45pm on Sunday when a full bench of the court ruled unanimously that he should be removed from the country because of the danger he would stoke anti-vaccination sentiment.

A masked Djokovic was photographed in a Melbourne airport lounge with two government officials in black uniforms. He left at approximately 11 p.m. local time on an Emirates flight to Dubai, the same United Arab Emirates city he flew to Australia from.

Djokovic said he was “extremely disappointed” by the ruling but respected it. He released a statement shortly after three Federal Court judges unanimously upheld a decision made Friday by Immigration Minister Alex Hawke to cancel Djokovic’s visa on public interest grounds because he is not vaccinated.

The national federation that runs the tournament, Tennis Australia, said it respects the decision of the Federal Court.

“We look forward to a competitive and exciting Australian Open 2022 and wish all players the best of luck,” it said in a statement.

President Aleksandar Vucic of Serbia blasted the Australian government early Sunday for what he called the “harassment” of Novak Djokovic, deriding the legal process as “Orwellian” and saying that the tennis star would be welcomed home.

“I talked to Novak awhile ago, and I encouraged him, and I told him that I can’t wait for him to come to Serbia and return to his country, and to be where he is always welcome,” Vucic said in a statement.

“They think that they humiliated Djokovic with this 10-day harassment, and they actually humiliated themselves,” he said.

Novak Djokovic’s ordeal in Australia may presage other battles ahead as the attitudes of sporting bodies, health authorities and public opinion harden toward the nonvaccinated, even if they are global sports stars.

While it is highly unlikely that Djokovic, an outspoken vaccine skeptic, will find himself sequestered again in any other country over visa issues, his trouble in Melbourne is an indication of some of the resistance or obstacles he could face in the months ahead if he continues to try to travel the world without being vaccinated for Covid-19.