Tonga is hit by a tsunami after a volcanic eruption 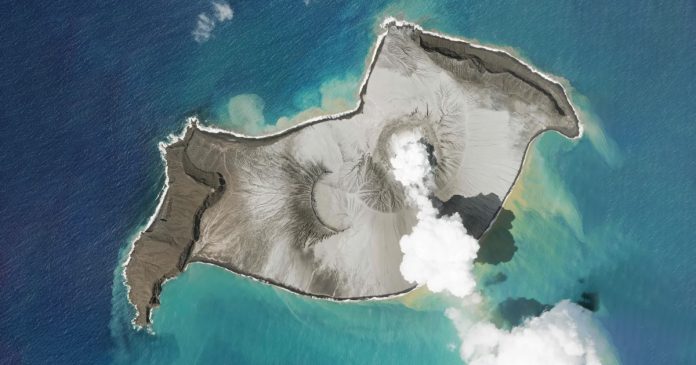 An undersea volcano off the coast of Tonga erupted on Saturday, triggering a tsunami warning and evacuation order in Japan and sending huge waves across several islands in the South Pacific. Pictures posted on social media showed waves crashing into coastal homes.

Tsunami-hit Tonga remained largely unreachable on Sunday as phone and internet connections were cut and relatives in far-flung New Zealand prayed for their families on the Pacific island, while reports of casualties were yet to come.

Around 6:40pm, the internet and phone lines were down. The 105,000 islanders were barely in contact on Saturday.

“There are parts of Tonga that we don’t know yet … we just haven’t established communication,” Ardern said.

As yet, there are no official reports of injuries or deaths in Tonga, but limited communications and no contact has been made with outlying coastal areas beyond the capital Nuku’alofa and closer to the volcano, Jacinda Ardern, New Zealand’s prime minister, said at a news conference Sunday.

The Japan Meteorological Agency had issued tsunami warnings in the early hours of Sunday and said three-meter-high waves were expected in the Amami Islands in the south. Waves of more than one meter had been recorded there earlier.

During a briefing, an official from Japan’s meteorological agency stated that the change in sea level observed did not follow the usual pattern of tsunamis following earthquakes.

A U.S.-based tsunami observer said tsunami waves were observed in the capital of Tonga and the capital of American Samoa following the eruption of the underwater volcano Hunga Tonga-Hunga Ha’apai.