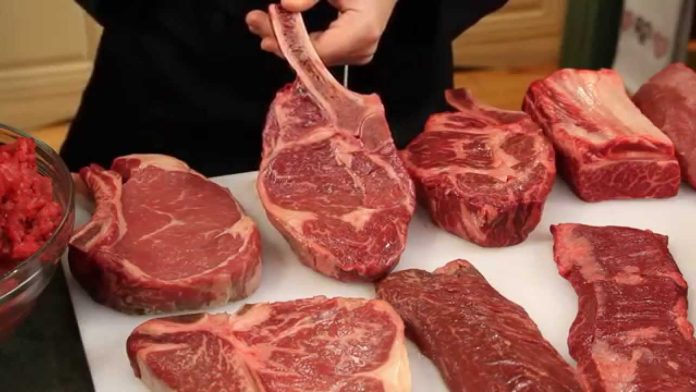 The government is called upon by pork sellers to import pork to assist in controlling the price surge that is now impacting consumers and sellers alike.

Huai Khwang market pork sellers have been worried that the market’s average pork price could rise to 300 baht per kilogram without government intervention. The rising prices have caused sales to suffer already as regular customers order less pork from vendors. A salesman called for the government to begin importing pork to ease the situation. A nearby customer said she was forced to cut back on her purchases because of the price hike.

The director general of the department of domestic trade, Wattanasak Sur-iam, stated that a survey has been initiated to evaluate the quantity of live pigs and frozen stocks in the country. In addition, teams will be sent to survey the pork stocks and to provide information that may help officials decide what to do next.

On April 5, the exportation of live pigs has been stopped. Hog farmers, distributors and freezer operators are now obliged to report their stocks on a week-by-week basis.

At the same time, Thanakorn Wangboonkongchana, government spokesman, refuted rumours of an African swine fever (ASF) epidemic in the Kingdom. He commented that Thai authorities are required to report any case of ASF to the World Organization for Animal Health and would never hide such an outbreak from the rest of the world. However, he declared that the Department of Livestock Development is closely observing any suspicious cases and is planning measures to avoid the entry of the disease into the country.