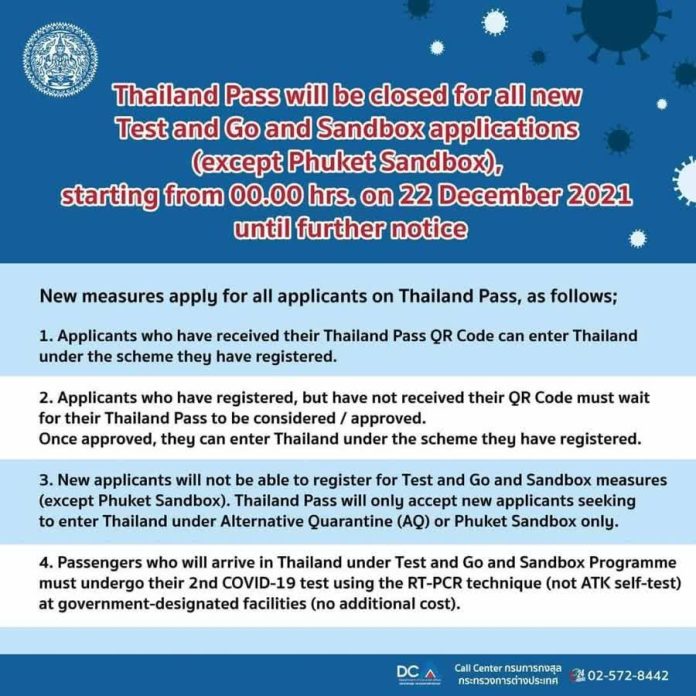 BANGKOK (NNT) – The Ministry of Foreign Affairs has confirmed that foreign visitors can still gain entry into Thailand under the Phuket Sandbox scheme and by using Alternative Quarantine (AQ) services after the Thailand Pass system was suspended.

The Center for COVID-19 Situation Administration (CCSA) recently announced that it was suspending the Test & Go scheme. The scheme had allowed Thailand Pass carriers to enter the Kingdom without needing to enter quarantine if they tested negative for COVID-19 on arrival using the RT-PCR method.

According to the CCSA, the Thailand Pass system will no longer accept new applications and will reevaluate the situation on January 4.

Some 200,000 people had already been approved prior to the announcement and will be permitted entry under the Test & Go scheme, but must get tested twice using the RT-PCR method, first on arrival and again on the seventh day of their trip. The costs for both tests will be covered by the Thai government.