Transport Co. is preparing to transport over 50,000 passengers every day during New Year’s period. 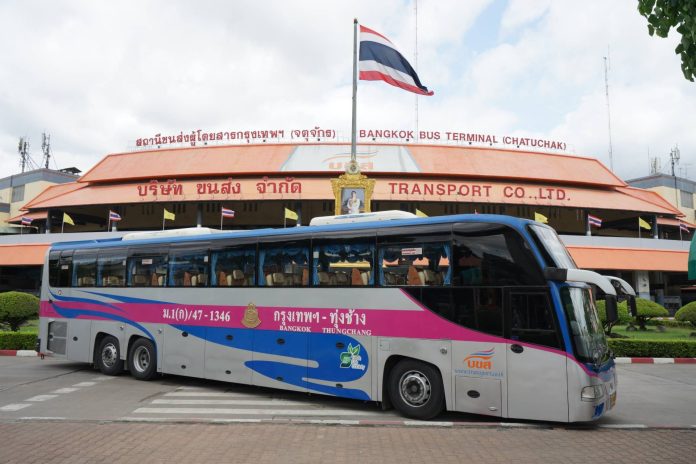 More people are expected to use long-distance buses to make their journeys to their hometowns during this New Year period, compared to last. In response, the Transport Company is organizing 4,700 trips per day on buses and vans to make sure there are enough seats for passengers.

Transport Company Managing Director Sanyalak Panwattanalikhit revealed after convening a meeting on bus services during the New Year’s period that 30% more long-distance bus users are expected during the upcoming New Year’s season compared to the same period of the previous year. He said 60,000 passengers per day are expected during December 28-30, with an average of 4,700 trips per day via Transport Co. buses, privately operated buses and vans having been prepared. 50,000 passengers per day are expected on January 2 and 3, while an average of 4,500 bus and van trips per day have been prepared. Additionally, 196 buses per day are being specially commissioned to provide extra capacity.

Mr. Sanyalak added that the Transport Co. is emphasizing the preparedness of bus stations, personnel, vehicles, and service staff, with an aim of facilitating convenience to passengers under New Normal practices.

The managing director disclosed that online tickets purchased with the Transport Co. have increased by 10%, and attributed the rise partly to the 10% discount on seat prices given when people book tickets through the “E-Ticket” mobile application and the Transport Co. website.