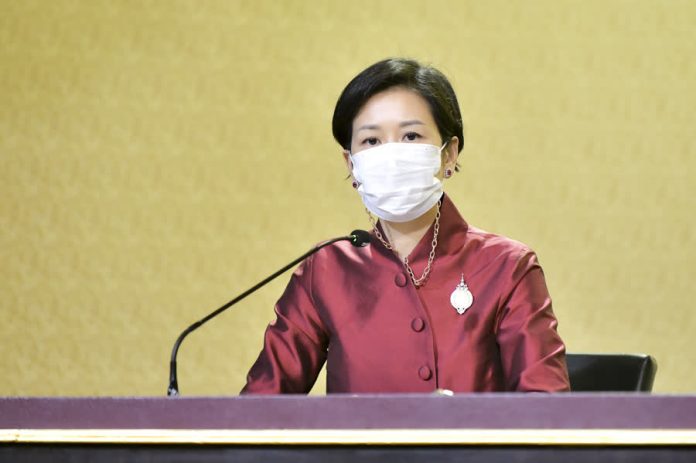 Prime Minister Gen Prayut Chan-o-cha will lead the CCSA meeting in assessing the current situation, with the relaxation of curbs and reopening of southern checkpoints being high on the agenda.

Deputy Government Spokesperson Rachada Dhnadirek said the Monday meeting is among the premier’s main events for next week, in addition to visiting the southern provinces of Yala and Pattani on Wednesday and joining a meeting of the Southern Border Province Administrative Center (SPBAC).

Other matters to be discussed reportedly include New Year celebrations and adjustments to color-coded control zones by the Ministry of Public Health and the Ministry of Tourism and Sports.

Additionally, the Ministry of Public health will submit a vaccination plan for next year to the CCSA and revised prevention measures for inbound passengers.

According to Government Spokesperson Thanakorn Wangboonkongchana, the Prime Minister is urging businesses to strictly adhere to government policies on hiring migrant workers as part of efforts to combat COVID-19. He also said the government’s decision to allow migrant workers to enter the Kingdom under memoranda of understanding (MoUs) between Thailand and its neighbors should help ease labor shortages.

Dr Chawetsan Namwat, Director of the Emergency Health Hazard and Disease Control Division, meanwhile said there have not yet been any local transmissions of the Omicron coronavirus variant in Thailand. He noted that the three confirmed Omicron cases so far have been an American businessman traveling from Spain and Dubai and two Thai women returning from Nigeria.

The director added that a fourth potential case is a Thai national returning from Democratic Republic of Congo.