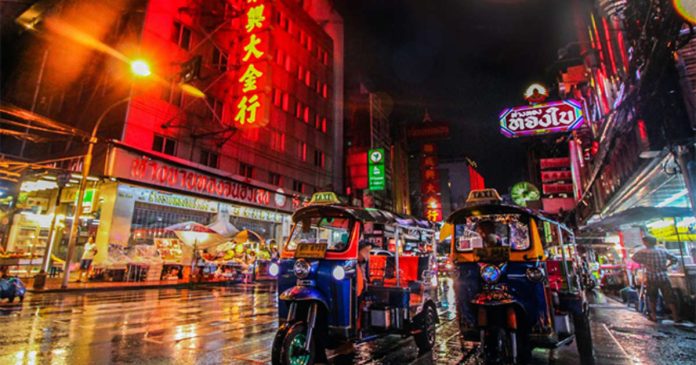 There has been a recent spree of permission given for the sale of alcohol in multiple provinces and municipalities.  It would seem that the CCSA is considering each area on a case by case basis, with the CCSA giving the green light and then an announcement from the provincial governor

In Nakhon Ratchasima the provincial communicable disease committee has approved, in principle, the reopening of allowing alcohol selling and drinking at qualified restaurants in seven districts in the province.

The districts will be added as tourism pilot areas or the “Blue Zone”, namely Mueang, Pak Chong, Chalermprakiat, Chokchai, Sikhio, Wang Nam Khiao, and Phimai.  Deputy governor Chusak Chunkoh revealed after a meeting with the Communicable Disease Committee that the seven districts would allow local restaurants to serve alcoholic beverages until 10:00 PM.

A district of Muang Phra Nakhon Si Ayutthaya was granted permission by the Center for Coronavirus Situation Administration (CCSA) for selling and drinking alcohol in restaurants until 9:00 PM., starting this December.

“Drinking alcohol in the district is allowed until 9:00 PM. However, all qualified restaurants must continue to strictly follow the rules and other preventive measures in order to control the infection situation at a stable rate. Officials would also deploy from time to time to monitor the area whether the venues were well cooperating,” Weerachai stressed.

Cha-am also has opened up to serving alcohol as reported by The Pattyaa News, Nattawut Petchpromsorn, Deputy Governor of Phetchaburi Province, revealed to local reporters after a general meeting with Provincial Public Health officials and the official committee on Monday, November 29th, that no new infections of Covid-19 had been found in the municipality since the first day of the tourist pilot area opening on November 1st due to what he called the provinces effective management.

Therefore, the committee has agreed to relax and give green light to alcohol drinking and selling in SHA+ qualified restaurants located in the Blue Zone area of Cha-am municipality under the Covid Free setting standards.

Chonburi was a recent welcomed addition as initially reported by Byran Flowers that Chonburi was now a Blue Zone, with the following districts being opened to serving alcohol effective immediately Banglamung, Pattaya, Si Racha, Koh Sichang, for Sattahip only in Najomtien and Bang Saray sub-district.  Only restaurants in blue zone and with SHA Plus are allowed alcohol sale and drink inside from 11:00 A.M. to 2:00 P.M. and from 5:00 P.M. to 11:00 P.M. These restaurants must show certificates.

However in all occasions permission to sell alcohol is limited to restaurants qualified under the SHA+ standards and precluded entertainment venues such as pubs, bars, karaoke lounges, and massage parlours, which will remain closed until further notice.  However we can assuredly expect multiple bars to suddenly turn into restaurants as they gain their food license and reinvent themselves as a restaurant venue as well.  This can be understood as desperate measure to survive, as these venues have battled closures over multiple months that pushed them to the edge of bankruptcy.