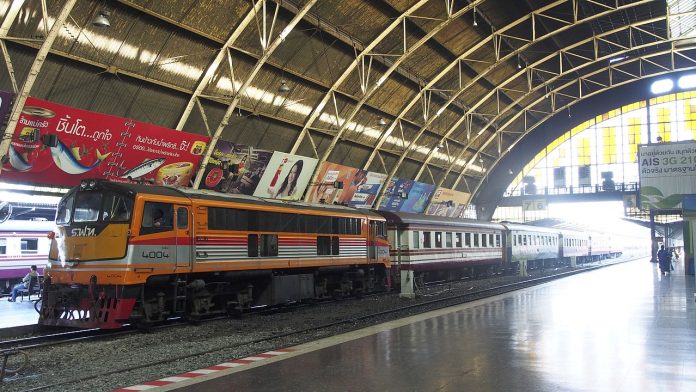 According to Transport Minister Saksayam Chidchob, Hua Lamphong Station will be fully decommissioned by late December of this year. Bang Sue Grand Station is set to be the new rail hub of Bangkok.

The commercial development plan for the plot of land where Hua Lamphong Station is located is expected to generate around 800 billion baht over a 30-year span, which will help the State Railway of Thailand (SRT) pay off its 600 billion baht debt.

According to an SRT source, rail services at Hua Lamphong will fully stop on December 23. However, ahead of the closure, daily passenger trips will be reduced from 188 to 22 trips a day and cargo services will be diverted to Chiang Rak Noi Station in Ayutthaya province to avoid cargo traffic at Bang Sue Grand Station.