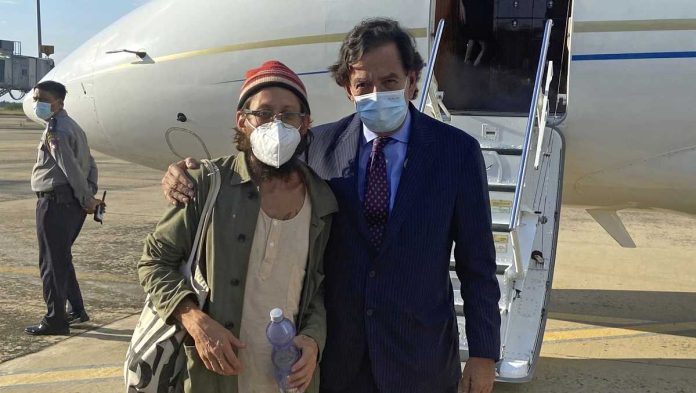 In a quick turnaround, the Myanmar military government recently pardoned Danny Fenster on ‘humanitarian grounds’.  The release was due to negotiations between the junta and former US ambassador to the UN, Bill Richardson.

The news became known when Fenster’s employer, Frontier Myanmar declared he was on a flight out of Myanmar.  Fenster was previously sentenced on charges of breaching immigration law, unlawful association and encouraging dissent against the military.

Fenster was the managing editor of online magazine Frontier Myanmar and was arrested whilst attempt to flee the country in May.   He was since held in Insein prison, known to be largely used to repress political dissidents.

US Secretary of State Antony Blinken said Fenster had been “wrongfully detained for almost six months”, and welcomed his release.  “We are glad that Danny will soon be reunited with his family, as we continue to call for the release of others who remain unjustly imprisoned” in Myanmar, Mr Blinken said.

It is unclear what motivated the junta to suddenly backtrack on their previous sentencing, or wheher the United States had offered any incentive to secure Fenster’s release.

Speaking to the BBC, Maj-Gen Zaw Min Tun, Myanmar’s deputy minister of information, said the country “already had the intention to release” Fenster and was doing so for “humanitarian reasons”.  Also in an interview with The New York Times, Maj-Gen Zaw Min Tun admitted Mr. Fenster’s release was unlikely to improve relations with the United States. “We did not release him with that expectation,” he said.  He denied that the US had promised anything in return for the release, saying it was Myanmar’s policy to “keep good relations with other countries”.

At a news conference, Fenster was thankful to those who campaigned for his release, and said he was seeking to continue to bring attention to those who still suffer under persecution and detention in Myanmar.  They are still 47 other journalists in detention according to the United Nations

More than 1,200 civilians have been killed in protests and thousands detained since the coup, according to activists cited by the United Nations.  Nine media outlets have had their licenses revoked, 20 others have had to suspend operations, and dozens of journalists remain in hiding due to outstanding arrest warrants.