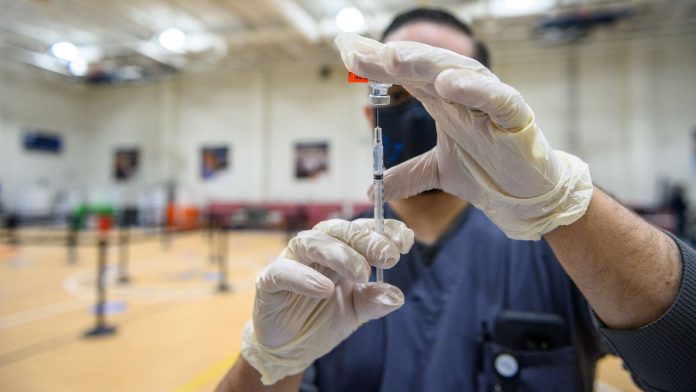 Ministry of Public Health has called on unvaccinated people to get their shots in order to avoid potential upcoming restrictions, whilst at the same time declaring a target of 100 million doses by month’s end.

Thailand is currently closing in on a target of 100 million doses, according to the Ministry of Public Health.  It recently reported that there are currently 85 million doses given out with 10 million more planned for those yet to receive their first dose.

The Bangkok Post reported that Dr Kiatiphum Wongrajit, the public health permanent secretary, said the ministry plans to administer 13.98 million doses by the end of the month — with 8.6 million doses set as first shots and 5.38 million doses as second and third shots.

It was also reported that the Health Ministry has designated November 27 – December 5 as National Vaccination Week and is enlisting the help of various agencies nationwide to help accelerated vaccination efforts.

“The CCSA wants the target group to get their shots and it may come up with measures to give people an incentive to get vaccinated,” Dr Kiatiphum said.

“And if necessary, the CCSA may impose a rule requiring people to show they have received at least one dose when attending activities in public places,” he added.

Thailand current rankings stand at fully vaccinated with 36.9 million doses making that to be 52.8% of the total population.  However many provinces, especially tourist provinces or those deem to be a blue zone are showing a much higher rate of vaccination.