Myanmar court sentences US journalist Fentser to 11 years in jail 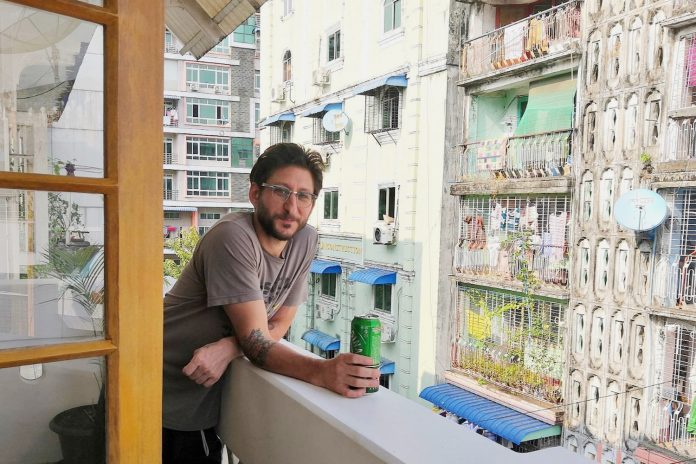 A court in military-ruled Myanmar on Friday jailed American journalist Danny Fenster for 11 years, the maximum penalty with hard labour, his lawyer and his employer said, dealing a blow to U.S. efforts to secure his release.

Fenster was the managing editor of online magazine Frontier Myanmar and was arrested whilst attempt to flee the country in May.   He has since been held in Insein prison, known to be largely used to repress political dissidents.

He was found guilty of incitement and violations of immigration and unlawful associations laws, his magazine said and described the sentences as “the harshest possible under the law”.  The sentence was confirmed to Reuters by lawyer Than Zaw Aung, who provided no further details.

Seven journalists are known to be convicted since the military ousted the elected government of Aung San Suu Kyi in February, however this is the harshest punishment yet to be

accorded to one of the seven.

However the road does not end here for Fenster, he is still facing additional terrorism and treason charges under which he could receive up to life in prison.  Currently he has been found guilty of of spreading false or inflammatory information, contacting illegal organizations and violating visa regulations, lawyer Than Zaw Aung said.

Reuters reported that Thomas Kean, editor-in-chief of Frontier Myanmar, one of the country’s top independent news outlets had stated “There is absolutely no basis to convict Danny of these charges,” said”Everyone at Frontier is disappointed and frustrated at this decision. We just want to see Danny released as soon as possible so he can go home to his family.”

It has been suggested that the harsh penalty is the ruling military’s latest rebuff of efforts by world leaders to achieve a peaceful end to Myanmar’s political crisis.  Currently the government is refusing to cooperate with an envoy appointed by ASEAN, whilst ASEAN recently took the surprising move to disallow the military leadership presence at their annual ASEAN meetings.  Sanctions imposed by the United States and several other Western countries have also had no effect on the military state.

U.S. State Department spokesperson Ned Price in a statement called Fenster’s sentencing “an unjust conviction of an innocent person.”  Price added: “The United States condemns this decision. We are closely monitoring Danny’s situation and will continue to work for his immediate release. We will do so until Danny returns home safely to his family.”

More than 1,200 civilians have been killed in protests and thousands detained since the coup, according to activists cited by the United Nations.  Nine media outlets have had their licenses revoked, 20 others have had to suspend operations, and dozens of journalists remain in hiding due to outstanding arrest warrants.

The United States has been pushing for Fenster’s release. The U.S. embassy in Myanmar did not immediately respond to a request for comment on Friday’s verdict.  The State Department had earlier said his detention was “profoundly unjust” and “plain for the world to see”, urging the junta to release him immediately.