BREAKING : Reopening of bars & entertainment venues pushed back to mid-Jan 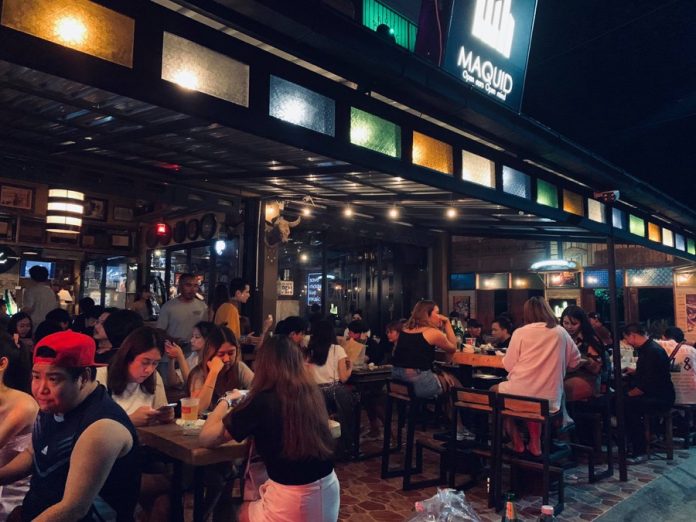 Some hopes may have been dashed as today’s CCSA meeting pushed back the opening of bars & entertainment venues from the suggested December 1 to a possible mid January.

The CCSA held a general meeting chaired by PM Prayut Chan-o-cha in order to review the first two weeks performance of Thailand’s reopening.  One decision that was made that is sure to apply further pressure to the hospitality industry is pushing back the reopening date for bars and entertainment venues.  This means that alcohol sales are permissible only at restaurants in areas classified as “blue zones” such as Bangkok, Phuket and Krabi, but not Hua Hin.

Reasons outlined by spokesperson Taweesilp Wissanuyothin included that they remained concerned about the infection rate in many parts of the country, with further concern that New Year’s festivities might build on the current infection rates.  This is in contrast to the current relative good performance in terms of a drop of average daily cases from its mid-August peak, as well as deaths.

There was a belief in the industry that December 1st might have been the date that bars were allowed to open, as suggested by PM Prayut Chan-o-cha himself, when he announced the reopening of the country.  By missing the valuable high season as well as the festivities of Christmas and New Years, the opportunity to begin their return to life will be sorely missed by bars and entertainment venues.

In terms of the colour coded zones, the CCSA task force acknowledged that the pandemic situation was improving.  The highly strict controlled zones, also called the dark-red zones, is reduced from 7 to 6 provinces, including Tak, Nakhon Sri Thammarat, Narathiwas, Pattani, Yala, and Songkhla. Chanthaburi is now listed from a previously dark red zone province to the red zone, which means mandatory overnight curfew will expire in Pattaya from November 16th

Prior to today’s meeting, Tourism authority Gov. Yuthasak Supasorn had announced that he had proposed lifting the alcohol curfew for hotel restaurants and bars to the CCSA, which has not been taken up by the committee.

Respected blogger, Richard Barrow also reported that some provinces can serve alcohol in tourist areas in SHA+ venues up until a certain time.