‘Jungle Cruise’ Earns $34.2 Domestic and a further $30 million more on Disney Plus 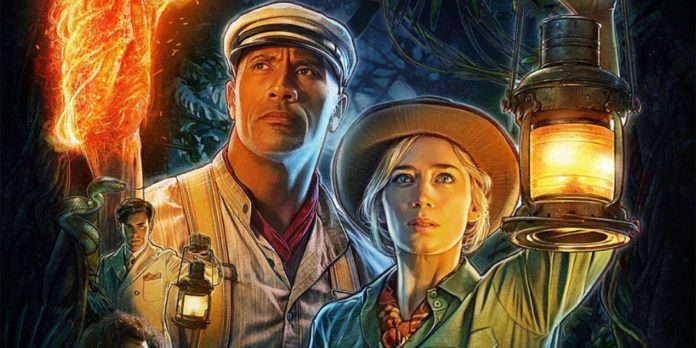 After the runaway success of the Pirates of the Caribbean series, it’s surprising that it took Disney 18 years to turn another beloved theme-park ride (2015’s Tomorrowland is a land, not a single ride) into a potential blockbuster movie franchise. However, after the long-awaited arrival of the studio’s splashy, E-ticket adventure Jungle Cruise, the jury is still out on whether the long wait was worth it. Yes, the family-friendly, white-water spectacle easily debuted in the top spot with a $34.2 million haul at the domestic box office (plus another $30 million from premium rentals on its Disney Plus streaming service). But considering its steep $200 million production budget and the fact that it’s top-lined by, literally, one of Hollywood’s biggest movie stars, Dwayne Johnson, the result can’t help but feel a little lackluster.

Originally slated for release in July 2020, Jungle Cruise was one of the most high-profile theatrical casualties of the COVID-19 pandemic. Finally hitting multiplexes after sitting for a year on shelves, the PG-13-rated tentpole (which costars Emily Blunt) bowed amidst a new spike in coronavirus cases spurred by the Delta variant. And while Disney’s hopeful franchise-starter outperformed box-office predictions that had it opening between $25-$30 million, the large number of viewers who opted to watch the film at home on Disney’s streaming service for a $30 upcharge raised questions about whether the studio’s hybrid-release model was cannibalizing its titles’ theatrical prospects. A legal dispute raised by Black Widow star Scarlett Johansson last week about this very question only served to highlight the issue.

Nevertheless, Jungle Cruise’s $34.2 million debut weekend at the North American box office made it, hands down, the most noteworthy opening during a weekend frame that featured three major roll-outs (the other two were A24’s The Green Knight and Focus Features’ Stillwater). Despite Cruise‘s mixed reviews from critics (63% fresh on Rotten Tomatoes), the action-heavy cross between Raiders of the Lost Ark and The African Queen scored far better with audiences, who gave it an A- CinemaScore grade. Jungle Cruise earned a $7,935 per-screen average in 4,310 locations. Its performance was less impressive overseas, where it pulled in $27.6 million in 47 international markets, bringing its cumulative worldwide theatrical total to $61.8 million. Considering its lofty budget, Jungle Cruise has a long, upriver journey ahead of it if it wants to get into the black.