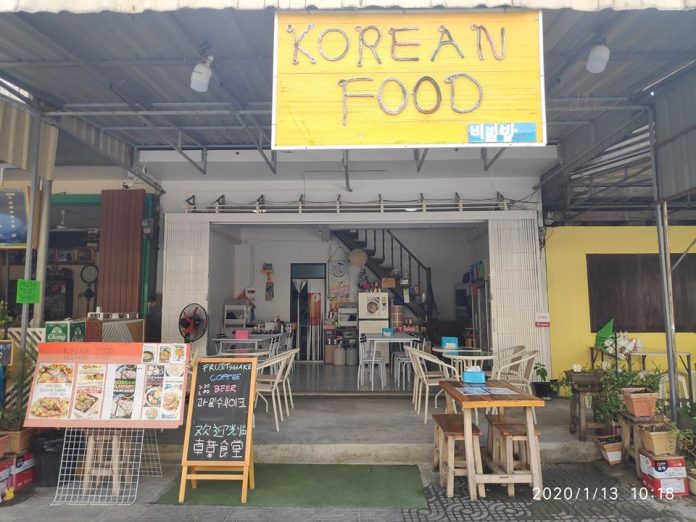 For those of you who have been to New York City or Los Angeles, you know that both cities feature neighborhoods called Koreatown made possible by the their large Korean-American populations.

As a New Yorker who spent 3 years living in LA, I have always been around Korean food and fell in love with it so much that I went to South Korea twice just for the food. While I am by no means an expert in Korean cuisine, I’ve had enough exposure to it to feel confident when I’ve found a good restaurant.

When I came to Hua Hin for the first time back in late-2018 and saw a restaurant by my hotel (EU Bakery Guesthouse) called Korean Conner, both my eyes and stomach lit up when I realized I could have Korean food without having to travel to Bangkok (or Seoul). Few things are as delicious as a perfectly-cooked spicy pork bulgogi followed by a cold and refreshing bottle of soju.

Korean Conner opened two years ago in 2018 and it’s owner Walter Kim moved to Thailand from South Korea to open what is the only Korean restaurant in Hua Hin. Walter saw there was no competition and capitalized on this market opportunity.

The restaurant first opened on Soi 74 before moving to Soi 55 for a short time and is now back on Soi 74. The newest location is my personal favorite. It’s spacious, clean and with an open storefront it feels very welcoming.
I asked Walter to share his favorite Korean food with us and the dishes that he recommends. Walter loves kimchi, which is fermented cabbage, a famous staple of Korean dishes. He recommends any of the kimchi entrees which they can make extra spicy for you.

If spicy food isn’t your thing, then he recommends the pork bulgogi where they can dial down the spice. Some of the other menu highlights include a mix of chicken and pork dishes. The traditional Pork Sam Gyeop Sal is a 300 gram serving of succulent pork belly that comes with a personal grill so you can cook your own meat. One of my favorite food experiences is Korean BBQ and Korean Conner offers you a version of it.

Keeping with the tradition of Korean cuisine, Walter also servers Chum Churum Soju, which is a spirit made from rice. I have always compared the flavor to a watered-down vodka (at 20% ABV, it’s half as strong as your typical vodka), with a bit of a sweet taste. You can opt for the original flavor or select one of the sweeter variants. Walter also serves Makkoli which is rice wine. Walter says it’s more famous in Korea as Koreans have been drinking this for more than 1,000 years.

So take it from me, a Korean food lover … if you’re in Hua Hin and looking for a delicious Korean meal, I strongly recommend Korean Conner. My personal favorite dishes are the pork bulgogi (extra spicy) with an egg served on rice and the sesame chicken.